Donald Trump Just Unveiled a Questionable New Justification for His Border Wall in a Letter to Congress, and It's Perhaps the Most Trump Thing We've Ever Read 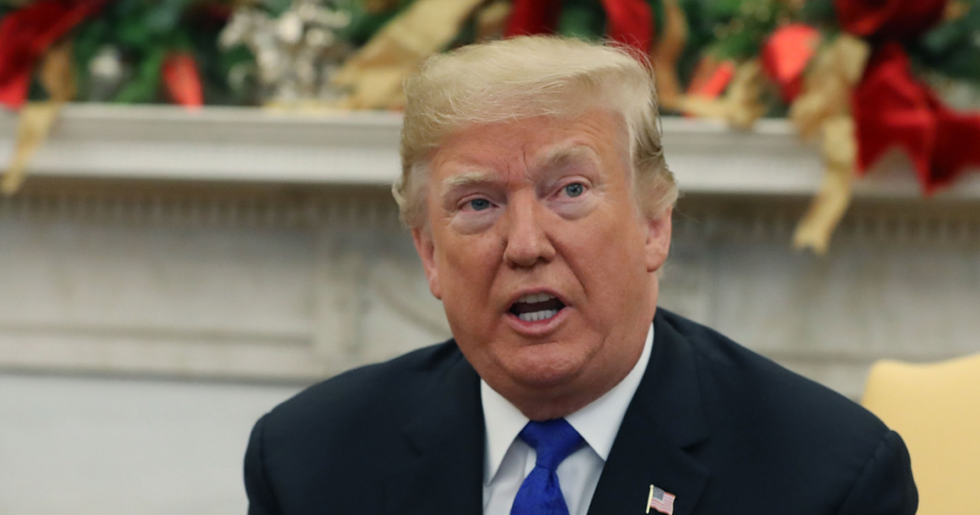 President Donald Trump sent a letter to Congress on Friday in which he claimed "walls work" because rich people build them around their homes.

Trump sent the letter before holding a meeting with House Speaker Nancy Pelosi (D-CA) and Senate Minority Leader Chuck Schumer (D-NY) to continue negotiating reopening the federal government, which Trump shut down last month over the lack of funding for a border wall.

Trump has steadfastly demanded $5 billion for a "wall or barrier" and has threatened to keep the government closed for "months or even years" if Congress does not give him what he wants.

"Absolutely critical to border security and national security is a wall or a physical barrier that prevents entry in the first place," Trump wrote.

"Walls work," the president said. "That’s why rich, powerful, and successful people build them around their homes.  All Americans deserve the same protection.  In Israel, it is 99 percent effective."

A border wall is a nonstarter with Democratic leaders on Capitol Hill.

“We’re not doing a wall,” Pelosi said on Thursday. “A wall is an immorality between countries. It’s an old way of thinking. It isn’t cost effective.”

Sadly for Trump, his message is not resonating.

Lest we forget that Mexico was supposed to pay for the wall. Instead, Trump is trying to bilk taxpayers for his $5 billion fantasy.

The president is completely out of touch with reality.

@thehill He totally has no conscious reality that he is supposed to serve the People of the United States
— Cindy Desmond (@Cindy Desmond) 1546620881.0

@thehill Shouldn’t his letter be delivered to Mexico? Or is he dragging out that the tariffs charged boon imports… https://t.co/Gr3NouvjPr
— MJL (@MJL) 1546621357.0

There are far more pressing investments we could be making.

Meanwhile, hundreds of thousands of federal workers, including border security personnel, are furloughed due to Trump's shutdown.