As Speaker Ryan Maneuvers To Adjourn, House Dems Vow To Fight On 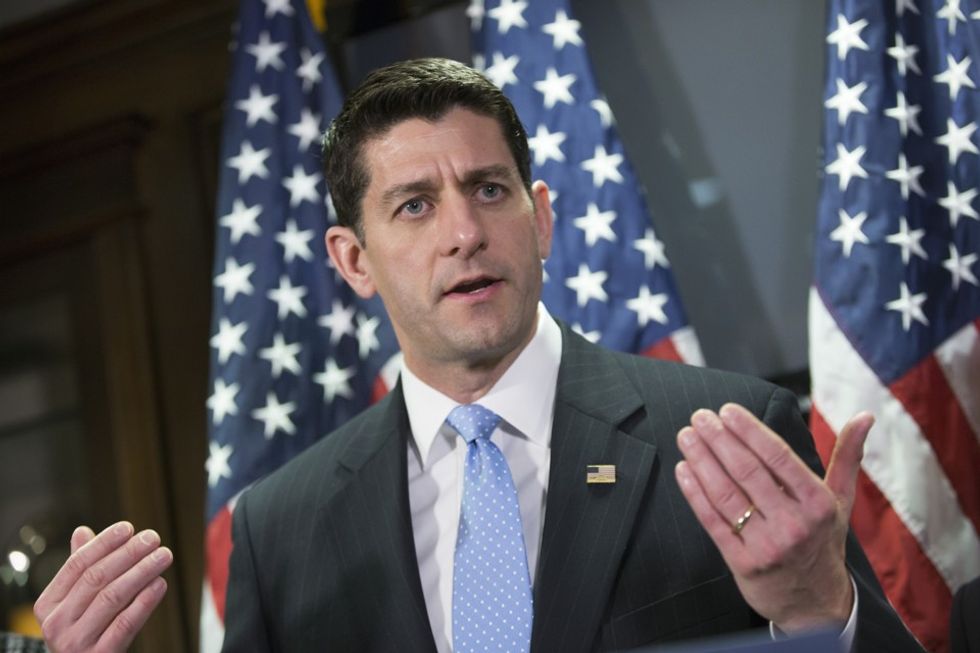 In this photo taken Feb. 2, 2016, House Speaker Paul Ryan of Wis. speaks in Washington. Ryan said Wednesday, Feb. 3, 2016, Republicans need to stop fighting angrily among themselves and not be distracted by guns or other "hot-button" issues that President Barack Obama raises. (AP Photo/J. Scott Applewhite)

Overnight, Republican leaders cut off House Democrats’ gun control sit-in. They’ve adjourned the House until July 5 without voting for new gun control measures. The move came 15 hours after Democrats vowed to block any legislative action until Speaker Paul Ryan promised to allow votes on several proposals, including blocking suspected terrorists on the no-fly list from purchasing guns. Democrats continued their sit-in even after the House adjourned. As of Thursday morning, the sit-in is ongoing and Democrats continue to live stream the events online, bypassing the shutoff of the chamber video cameras.

Minority Whip Steny Hoyer says he doesn’t know how long the demonstration will go on. "I mean tomorrow, and the next day. ... You've seen folks in the [House] gallery, they're pretty fired up on this. It could go through Friday."

However, Rep. John Lewis, one of the leaders of the sit-in, hinted the sit-in was only the beginning. "This is just one bridge. We have other bridges to cross,” he told reporters shortly after the House adjourned.

However, House Republicans still have the opportunity to remove the demonstrators by force if necessary. Speaker Ryan has hinted

he might do just that, as his attempts to restore order in the chamber have been unsuccessful. Ryan adamantly insisted that complying with Democrats’ demands will encourage more protests and stymie whichever bills reach the House floor. Ryan dismissed the sit-in almost from the moment it began, telling reporters it was “nothing more than a publicity stunt.” An interview with CNN emphasized his stance further: "We're not going to take away a citizen's constitutional rights without due process," he said.

But Democrats will not be so easily dismissed. Once Democrats seized the House Floor, they began chanting. Guests in the gallery joined in. The resounding cry, “No bill, no break,” a reference to the upcoming July recess captivated the nation as lawmakers held up signs with the names of victims of gun violence. The number of victims, a tally from January 1 to Wednesday evening, is approximately 6,381. In one of the defining moments of the protest, those on the floor began to sing the civil rights hymn “We Shall Overcome,” later greeting a crowd that gathered outside the House to lend their support.

Tensions have brewed significantly in Washington since a mass shooting June 11 at Orlando’s Pulse nightclub which left 49 dead and 53 injured. The attack was the deadliest mass shooting by a single gunman in American history. Ryan––and his fellow House Republicans––will face a tough and bruising battle if yesterday’s events are any indication. As calls for tougher gun control legislation and increased pressure from other political leaders grows in opposition to the Senate’s recent rejection of a series of gun measures, Ryan may have to double down on his support or walk back from the current laws he has committed to defend.