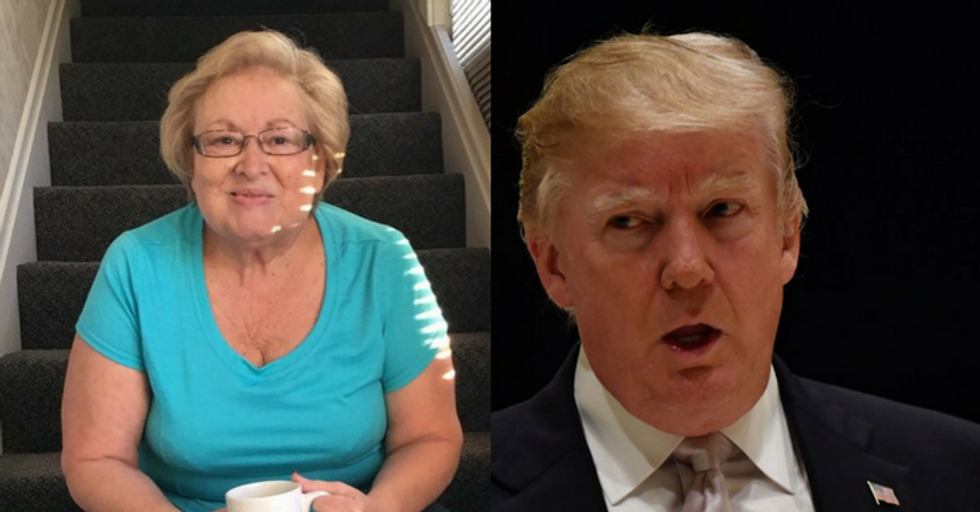 In 2016, Linda Howlett Belcher, a Democrat and 2-time member of the Kentucky state legislature lost her seat to her Republican challenger by less than 1 percentage point during a red surge lead by President Donald Trump. But Tuesday she defeated her Republican opponent 68 percent to 32 percent in a special election.

Her victory follows others in deep red states like Alabama and Virginia indicating to many a sign of things to come in November's midterm elections. Districts that went big for Trump in 2016 saw that advantage dwindle or disappear completely in special elections across the United States.

Trump won Belcher's district with 72 percent of the vote in 2016. Republican Senator Rand Paul won there with 64 percent.

Belcher's Kentucky district marks the 18th formerly Republican district flipping in a special election since Trump won in 2016. In just the first 2 1/2 months of 2018, Democrats defeated Republicans in state legislative races in Missouri, Wisconsin and Florida.

"Flipping a seat that Trump won by such a considerable margin in 2016 shows the sea change happening across America in 2018," Jessica Post, the executive director of the Democratic Legislative Campaign Committee, remarked.

Voters are speaking up about what they want to see in their elected leaders and volunteering their time and money to change the election maps."

Democrats see this trend as a sign of things to come for their party heading into the midterm elections.

However Republicans disagree with their opponents assessment and predictions for the 2018 midterm elections.

Tonight’s special election has been anything but normal from the beginning and offers little resemblance to what we should expect in November.

"Turnout was low, even by special election standards, and the impact of recent events hung over the race, clouding the outcome,” countered Tres Watson, a spokesman for the Kentucky Republican Party.

A key to success for Democrats in November rests on candidate choices according to the Kentucky state House Democratic leader.

"When you have great candidates like Linda Belcher, results like tonight's win are no surprise," said Rocky Adkins. "Tonight's victory is also the first step of our journey to take back the Kentucky House of Representatives, and a week from tonight, during the next special election, we intend to take the second step."

The Kentucky House of Representatives, controlled by Democrats for a century before Republicans took over after the 2016 elections, now contains just 37 Democrats among its 100 members. A shift from red to blue in Kentucky, and many other states, will require effort, patience, and perseverance.