Michael Cohen Just Revealed Extremely Racist Comments Donald Trump Made to Him in Private, and Cohen Has No F***s to Give 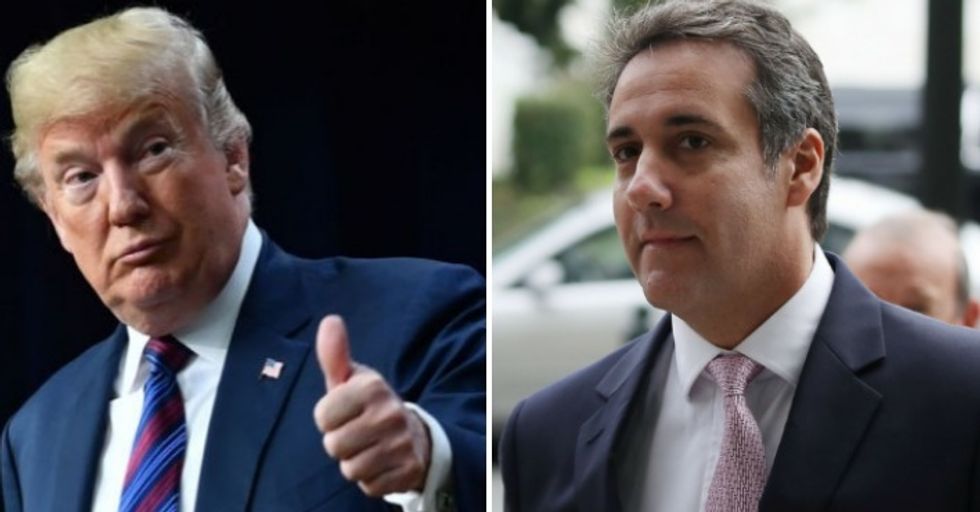 At one time, Michael Cohen was President Donald Trump's trusted lawyer and fixer. But after the Mueller probe led to charges against Cohen, the relationship soured.

After the recent acts of domestic terrorism in the form of pipe bombs sent by a fervent supporter of the President to people Trump targets during his rallies and on Twitter and hate crimes in Kentucky and Pennsylvania that left 13 people dead and 6 wounded, Cohen spoke out about the man he knew and worked closely with for years.

In an interview with Vanity Fair, Cohen revealed his former employer often made racist comments and used racial slurs during the years he was Donald Trump's personal lawyer.

Cohen recalled one incident after a 2016 campaign rally. The President's former lawyer remarked to then President Trump that the crowds at his rallies were mostly white. He claimed Trump responded:

"That’s because Black people are too stupid to vote for me."

Trump's former fixer stated the exchange reminded him of a conversation he had with the President years earlier after the death of South African President Nelson Mandela.

"Name one country run by a Black person that’s not a shithole. Name one city."

The President took flack early in 2018 for referring to countries with predominantly Black populations as "shithole countries," giving credence to Cohen's claims.

Cohen also recalled a conversation he shared with Trump back in the early 2000s as they traveled through Chicago. Cohen said:

"We were going from the airport to the hotel, and we drove through what looked like a rougher neighborhood. Trump made a comment to me, saying that 'only the Blacks could live like this'."

And while discussing the two finalists on the first season of The Apprentice—Bill Rancic, who won, and Kwame Jackson—Cohen claimed Trump said of the African American Harvard Business School graduate Jackson:

The news of Trump's comments about him came as no surprise to Jackson who stated he had heard about The Apprentice host's comments before.

Of his own role in the making and maintaining of Donald Trump, Cohen stated:

"I should have been a bigger person, and I should have left.... I truly thought the office would change him."

But will anyone care about President Trump's past racism?

After all, Trump's business had several citations and court actions taken because of racist business practices. And the President won the electoral vote—although Trump lost the popular vote by about 3 million people—after voters heard him talk about grabbing and kissing women without permission and bragging of grabbing them "by the pussy."

Does anyone who supports the President care? Would anyone who opposes Trump be surprised by additional proof or allegations?

@AaronBlake @ScottMStedman The real question is how many of these quotes have been sanitized to say "black person"… https://t.co/IAstFVeVUO
— David Mullins (@David Mullins) 1541185907.0

@davidmullins @AaronBlake @ScottMStedman That’s a Distinction without a difference. It sucks either way and this rac#*t shouldn’t be POTUS.
— Wendy Yuille (@Wendy Yuille) 1541186493.0

@AaronBlake @ClcpierceCarol Thank Michael for us, but a lot of us had figured this out for ourselves. It's not like he hides it or anything.
— Joe Welch (@Joe Welch) 1541188471.0

The son of a Holocaust survivor, Cohen said the attack at the Tree of Life Synagogue—where 11 people were murdered in an antisemitic hate crime—and the President's actions and rhetoric in the aftermath finally made him break his silence. Trump's former lawyer said he wanted people to know the truth before they voted.