Only the best people. 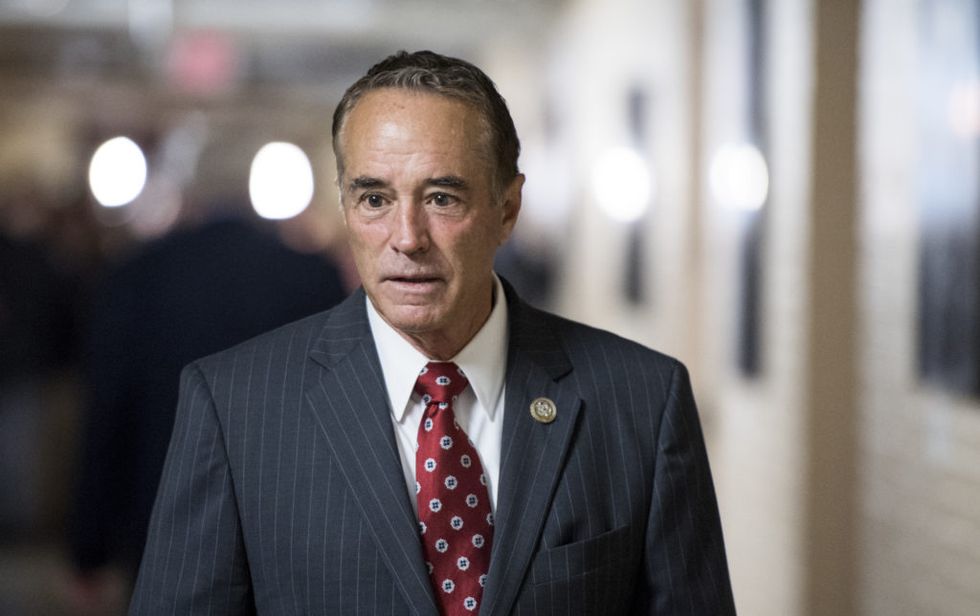 This morning, Representative Chris Collins, who was famously the earliest sitting member of Congress to back Donald Trump's bid for the White House, was indicted for insider trading and arrested by the FBI.

According to the indictment, Collins, along with his son Cameron, and Stephen Zarsky, the father of the younger Collins's fiancee, were indicted for securities fraud related to Australian biotech company Innate Immunotherapeutics Limited.

The charges also include wire fraud and false statements.

According to a Daily Beast expose last year, Collins purchased $2.2 million of stock in the biotech firm in 2013 as part of its IPO.

The IPO prospectus said Innate would seek FDA approval of its drug to treat multiple sclerosis. More than a year later, Collins wrote into a bill language to expedite the FDA’s approval process for such drugs. Four months before the bill was signed into law, Collins again purchased stock in Innate, this time as much as $1 million.

A statement from Collins's spokesman maintained his innocence:

"We will answer the charges filed against Congressman Collins in Court and will mount a vigorous defense to clear his good name.  It is notable that even the government does not allege that Congressman Collins traded a single share of Innate Therapeutics stock.   We are confident he will be completely vindicated and exonerated.

Congressman Collins will have more to say on this issue later today."

Congressman Chris Collins, a Republican who called for an end to the Mueller investigation in recent days, has been… https://t.co/W7kjbkn5sD
— Adam Parkhomenko (@Adam Parkhomenko) 1533735338.0

Leading some to remind everyone of the Democrat running against Collins in November, Nate McMurray:

Folks, you may want to get acquainted with @Nate_McMurray, Democrat running for Congress in Chris Collins' district. https://t.co/UuUBIVyuf3
— George Zornick (@George Zornick) 1533734979.0

And Twiiter was hardly surprised to see this from a Trump ally:

Will Speaker Ryan weigh in?

.@SpeakerRyan-Let’s see how useless you really are. One of your Reps, Chris Collins, was just arrested for insider… https://t.co/wyQzUblcAV
— Scott Dworkin (@Scott Dworkin) 1533736930.0

Donald Trump has not yet made a comment about Collins's indictment.