Fox News Doesn't Want You to See This Footage of Tucker Carlson Totally Freaking Out on a Guest and Hoo Boy, We See Why 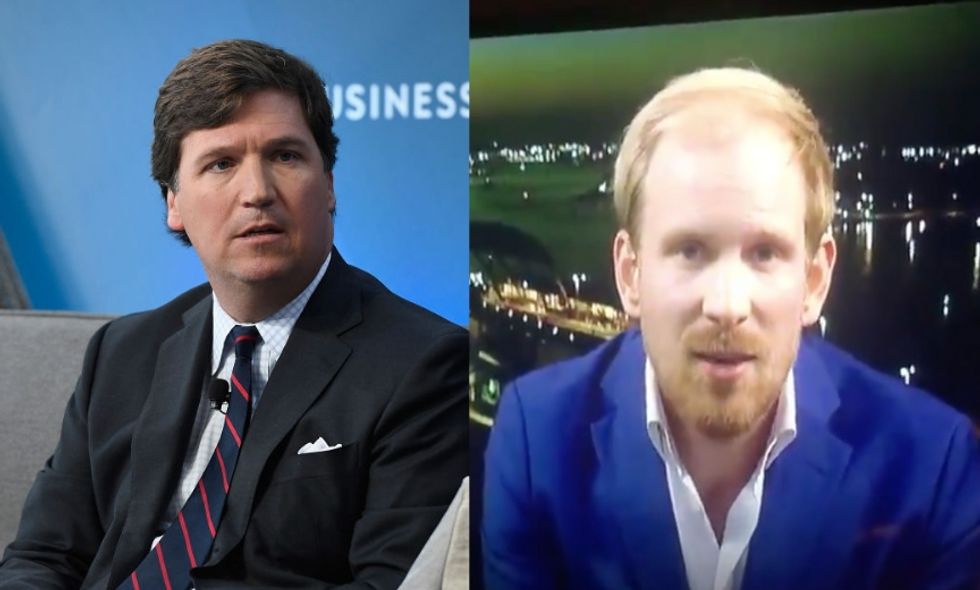 Fox News host Tucker Carlson jumps at the opportunity to stoke the temper of anyone with opposing viewpoints, but now the tables have turned.

Strangely enough, Carlson began the interview by commending Bregman for taking wealthy attendees of the World Economic Forum in Davos to task last month for remaining silent about the world's rampant wealth inequality.

Bregman than accused Carlson and Fox News of doing the same thing and that's when things began to go off the rails.

Just a little treat to get you thru your hump day-watch @TuckerCarlson LOSE IT in a segment with historian… https://t.co/dQTJBjwe85
— Amee Vanderpool (@Amee Vanderpool) 1550692370.0

"What the Murdochs basically want you to do is to scapegoat immigrants instead of talking about tax avoidance," Bregman said. "So, I'm glad you're now finally raising the issue, but that's what's been happening for the past couple of years."

When asked by Carlson how that worked, Bregman continued:

"It works by you taking their dirty money. It's as easy as that. You are a millionaire funded by billionaires...You're not part of the solution, Mr. Carlson, you're part of the problem actually...It's not very convincing to be honest."

"I wanna say to you why don't you go f--k yourself, you tiny-brain—and I hope this gets picked up—cause you're a moron. I tried to give you a hearing, but you were too f--king annoying."

"You can't handle the criticism, can you?"

Bregman had previously alluded to the video's existence earlier this month, but was unsure if they would air the footage. Instead, he shared an email screen shot of Carlson calling him an asshole.

Okay, so now @TuckerCarlson sent me this email, after I asked him when the interview is gonna air (was supposed to… https://t.co/A80Cq3nirO
— Rutger Bregman (@Rutger Bregman) 1549937955.0

“Sadly, the guest turned an opportunity to have a substantive, informative discussion into an obviously calculated personal insult campaign. We were disappointed in the segment and respect our audience’s time too much to consider airing it.”

Twitter users disagreed upon the video's release: They loved it.

@nowthisnews Haha that was unreal. He didn’t turn it into a smear campaign at all. He spoke the truth and Carlson c… https://t.co/RteuaegL1j
— Patrick George (@Patrick George) 1550688509.0

They weren't done either.

It's safe to say Bregman won't be back on Carlson's show any time soon, but the damage has already been done.