After Their Crowdfunding Efforts to Build the Wall Fell Through, Some Trump Supporters Say They're Moving to Texas to Build It Themselves 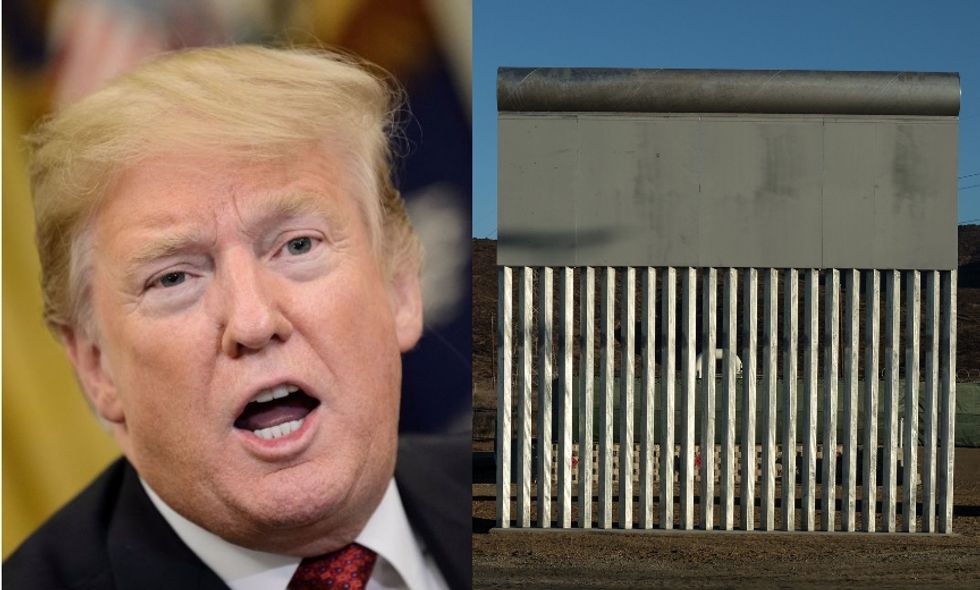 During last month's shutdown, Trump supporters across the nation raised $20 million out of a $1 billion goal in an effort to help amass funds for Trump's wall at the southern border.

The funds were intended to go to the federal government until the GoFundMe was shut down after the creator of the campaign—Air Force veteran and triple amputee Brian Kolfage—registered Webuildthewall as a 501(c)(4) in Florida: a violation of GoFundMe's rules. As a result, donations will be returned to each of the 350,000 donors unless they authorize their funds to be allocated to the nonprofit within 90 days.

However, Kolfage and other Trump supporters remain undeterred. In fact, they're planning to use the $20 million amassed through the original GoFundMe to begin building the wall themselves. The foundation—whose board members include the likes of anti-immigrant, Trump advisor, and former Kansas Secretary of State Kris Kobach—have been meeting with landowners in Texas in the hopes of persuading them to allow the foundation to break ground on their land.

However, border experts are doubtful that a privately funded structure, if one ever is built, would make any difference whatsoever. Efren Olivares of the Texas Civil Rights Project said:

"If there is a landowner who wants a wall built on their property and they happen to have property near the border, I suppose they could convince the person to let them build on their property. It's extremely silly for achieving any kind of objective."

Even the federal government, which is permitted to seize private land on reasonable grounds through eminent domain, has acknowledged the formidable task of absorbing private land to create a continuous barrier.

@kron4news Waste of money. There are so many schools closing because of no funds. Why not spend money where it's really needed.
— Rhonda Barajas (@Rhonda Barajas) 1549036973.0

Not to mention that walls—whether built by the federal government or private citizens—tend to be largely ineffective when erected with the purpose of securing a country.

This has been pointed out to Trump and his supporters numerous times.

Trump has continued to paint the picture of unmitigated illegal immigration that would come to an abrupt halt with a wall, despite the majority of undocumented immigrants entering through legal points of entry or through visa overstays.