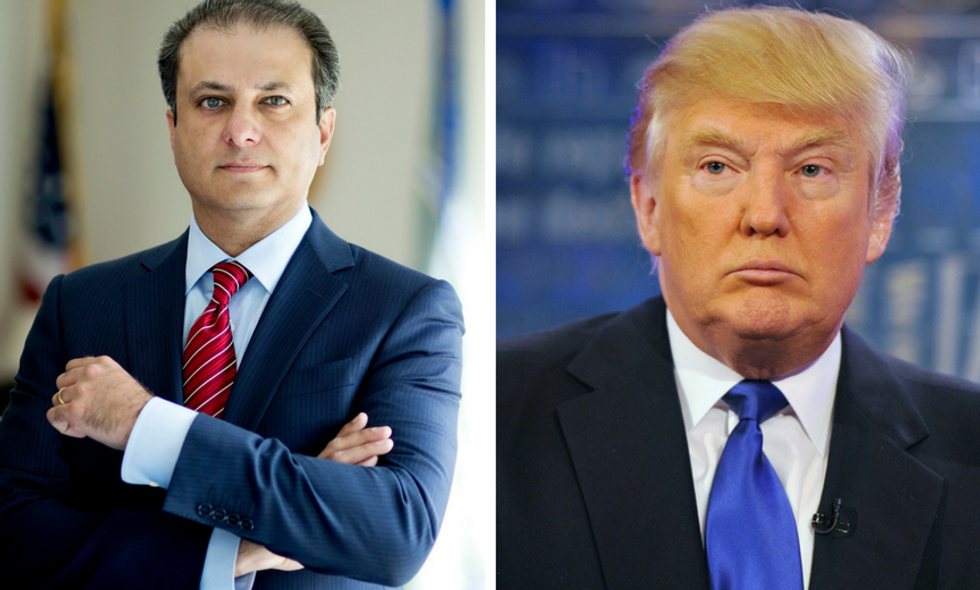 The first two calls came after the election. Bharara received the third call from Trump early in his administration. Bharara and his team determined it was inappropriate for the U.S. Attorney and the President to have such unmonitored contact, and so decided not to return the call.

22 hours later he was fired.

"It's a very weird and peculiar thing for a one-on-one conversation without the attorney general, without warning between the president and me or any United States attorney who has been asked to investigate various things and is in a position hypothetically to investigate business interests and associates of the president."

Preet explains why Trump calling him 3 times was inappropriate; he was in position “hypothetically” to investigate… https://t.co/ikazdN0sEB
— Bradd Jaffy (@Bradd Jaffy) 1497188032.0

Bharara also weighed in on the Trump Russia investigation, disputing that Trump's behavior is excused by being, as Speaker Paul Ryan said, "just new to this."

When asked whether there was enough evidence to launch an obstruction of justice case against the President, Bharara responded, "absolutely."