Michael Avenatti Is Polling His Followers About Which Nickname He Should Use for Donald Trump, and It’s a Tough Decision

Can't really go wrong with either. 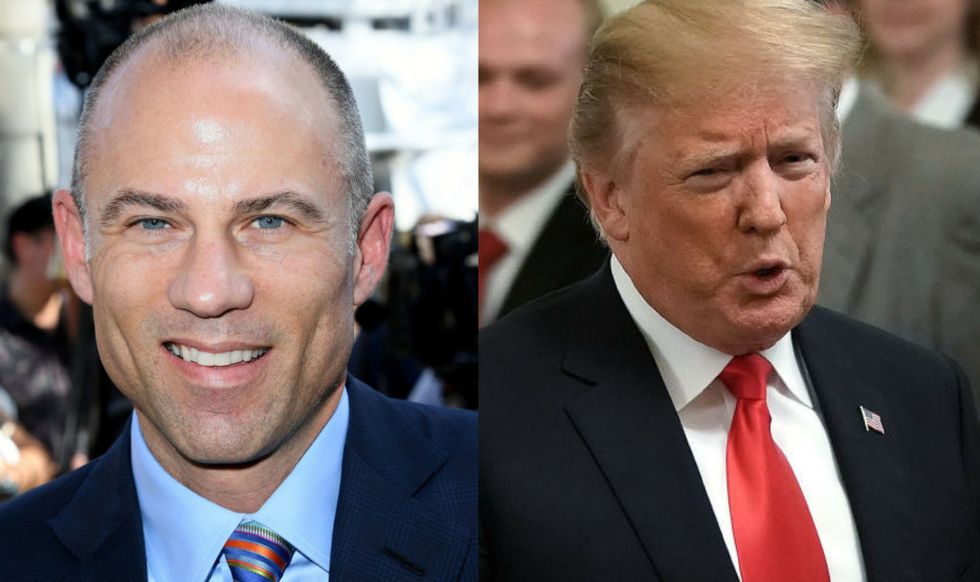 From "Crooked Hillary" to "Cryin' Chuck Schumer," President Donald Trump has shown that he's not above employing childish nicknames to taunt his political enemies, but now he's getting a taste of his own medicine.

Stormy Daniels' lawyer and possible presidential candidate Michael Avenatti took to Twitter to poll his followers as to which nickname he should use for the President.

Donald Trump has been giving nicknames for years. Let’s see if he can take one. Which of these should we use going forward?
— Michael Avenatti (@Michael Avenatti) 1530885187.0

Mr. Avenatti emerged as a key player against Trump earlier this year when he filed a suit in order to get adult film star Stephanie Clifford (better known as Stormy Daniels) out of a non-disclosure agreement brokered by Michael Cohen to conceal her consensual 2006 affair with Donald Trump.

Since then, Avenatti has been a regular guest on cable news shows, frequently antagonizing Trump and Michael Cohen, and even releasing private bank records revealing large deposits made to the account used to pay Daniels.

Avenatti has been such a thorn in the side of the Trump administration that this tweet seems comparatively mild. That didn't stop his followers from having some fun.

So far, "Don the Con" maintains a strong lead, but after 2016 everyone's prepared for an upset.

However, some didn't like the two-name system and felt inclined to go with a write-in vote.

That's when things got creative.

Avenatti didn't just stop at nicknames either. He spent the day railing Trump when the White House requested an extension on the deadline to reunite the migrant children with their parents.

Con Man Trump claims to be so incredible at getting things done and yet he cannot reunite 2,500 children with their… https://t.co/Xjrr0zi5Ev
— Michael Avenatti (@Michael Avenatti) 1530884323.0

Avenatti took to using the #FightClub hashtag in a series of tweets in which he didn't dismiss the possibility of running for president himself, saying only someone who's a street fighter would have a chance at beating the president in a reelection.

I always liked the Daily News! Be clear - only a street fighter has a chance at displacing the “King.” Otherwise,… https://t.co/3RbGlbadMK
— Michael Avenatti (@Michael Avenatti) 1530711211.0

Only time will tell if the nicknames will stick, but with Avenatti and Mueller exhaustively working against the president, a petty nickname should be the last thing Trump is worried about. Sadly, it probably isn't.