This could be a game changer. 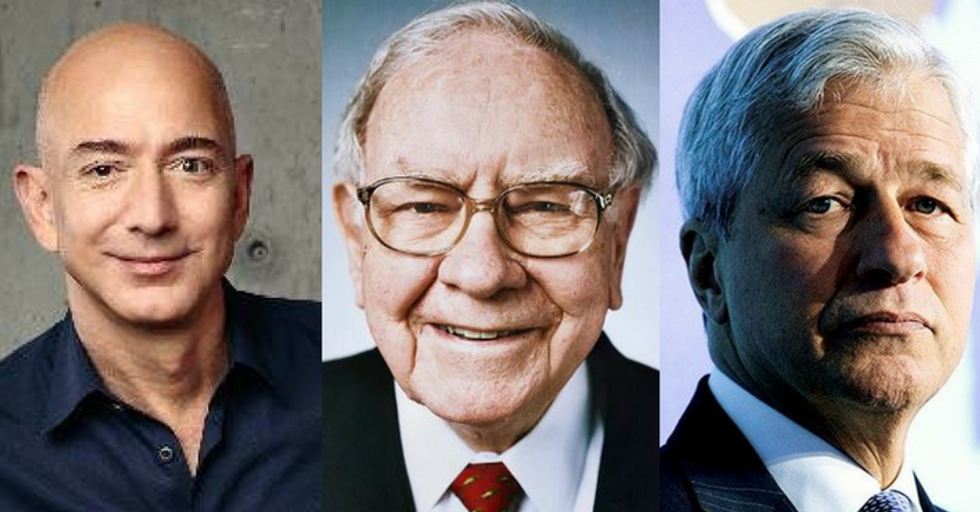 In a move rumored for years, Amazon announced plans to delve into the healthcare market. Jeff Bezos, CEO of Amazon.com, teams up with financier Warren Buffet, CEO of Berkshire Hathaway, and Jamie Dimon, CEO of JP Morgan Chase, to create a company to help their U.S. employees obtain quality care "at a reasonable cost."

The ballooning costs of (health care) act as a hungry tapeworm on the American economy. Our group does not come to this problem with answers. But we also do not accept it as inevitable."

"Rather, we share the belief that putting our collective resources behind the country's best talent can, in time, check the rise in health costs while concurrently enhancing patient satisfaction and outcomes," Buffett said in a prepared statement.

This 3-way partnership among Amazon, JPMorgan and Berkshire Hathaway on health care is the most interesting initiat… https://t.co/MIOaOwvieK
— Erik Schatzker (@Erik Schatzker) 1517314220.0

Details regarding the new healthcare company were scant as the venture is still in the planning phase, but the business leaders announced technology as the initial focus. The new company will be independent of traditional insurance or healthcare systems and "free from profit-making incentives and constraints."

The announcement made no mention of expanding the company beyond employees of the three corporations founding it. However, JPMorgan Chase Chairman and CEO Jamie Dimon said, "our goal is to create solutions that benefit our U.S. employees, their families and, potentially, all Americans."

“It could be big,” said Ed Kaplan, National Health Practice Leader and Senior Vice President for The Segal Group. “Those are three big players, and I think if they get into health care insurance or the health care coverage space they are going to make a big impact."

Healthcare company stocks dropped in early trading Tuesday. The announcement by three industry powerhouses could pose a threat to both health insurance and healthcare company profits, potentially changing healthcare delivery and payment beyond the scope of the initial project.

The market certainly exists for new options with about 151 million people falling under employer-sponsored coverage, making it the largest portion of U.S. health insurance.

The federal Affordable Care Act (ACA) requires all companies with 50 or more full-time employees to offer health insurance. But changes to government programs like Medicare after the GOP overhaul of the tax law and the uncertain future of Obamacare may create a new void in healthcare waiting to be filled.