As Flu Season Continues to Rage, New Vaccine May Be the Key to Protecting Us for Years to Come 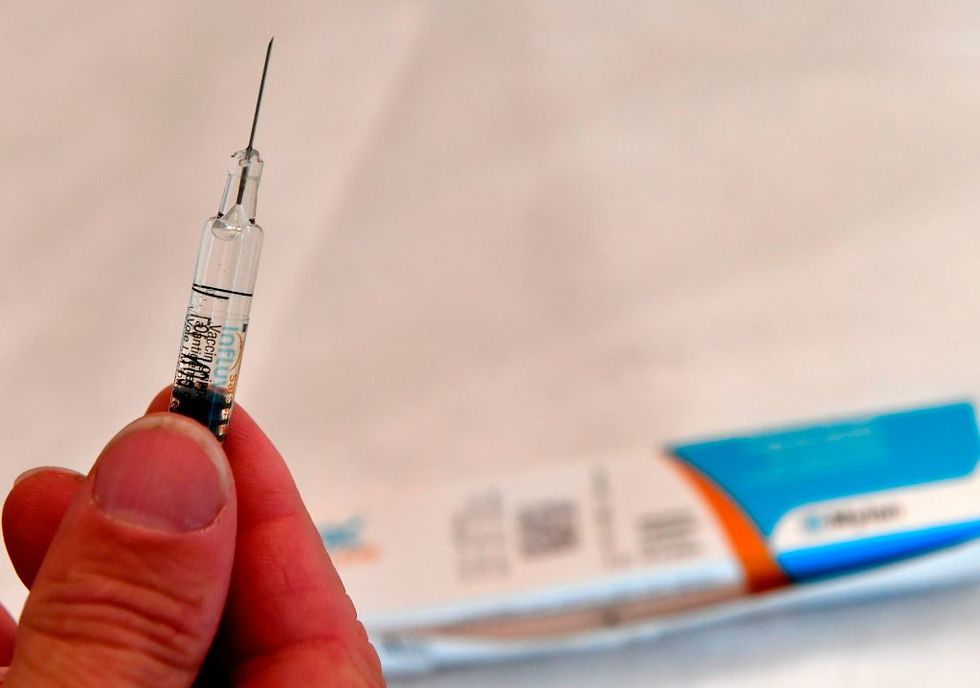 A pharmacist handles a syringe for the flu vaccine in the consultation room at his dispensary on October 6, 2017 in downtown Bordeaux, south western France. (GEORGES GOBET/AFP/Getty Images)

Week by week, the headlines have worsened. As the 2018 flu season marches across North America, experts’ warnings have only grown more dire. By most accounts, the 2018 flu season is the worst in a decade.Australia had 2.5 times more cases than usual during their season, and the dominant strain this year seems to be rare. So this year, like every year, physicians are strongly recommending that people of all ages get their flu shots. And this year, like every year, reasonable people ignore or outright dismiss their doctors’ warnings.

The anti-vaccination movement has been utterly debunked, and no one actually likes getting the flu. So why do so many people avoid this simple injection?

One reason frequently cited is that a new vaccine shouldn’t be required every year. The problem, though, is that influenza is caused by a virus that almost seems to mutate on a whim, undergoing multiple changes in a single season. The same strain almost never appears in consecutive years.

Another excuse offered by the unvaccinated is that the vaccine doesn’t work very well. A kernel of truth informs this decision — the vaccine’seffectiveness varies widely from year to year. And this is because each year’s vaccine must be formulated before the flu season starts, so it’s created based on experts’ best guesses of what strain will dominate. Sometimes their guesses are very accurate, sometimes less so.

Both of these objections may be resolved in a new vaccine developed by Chinese scientists working in partnership with UCLA. The team hasbuilt a flu vaccine that should provide long-term protection against a large number of flu virus strains. The researchers built their vaccine using a live virus rather than the standard dead virus strains, and found that the live virus provoked a much stronger immune response in their test subjects. Instead of building just specific antibodies for the strains included in the injection, the subjects used in this study also showed a robust T-cell reaction. T-cells are “smarter” disease fighters, patrolling our bloodstreams seeking foreign bodies that display any of a number of characteristics they’ve encountered in previous infections and diseases. Because the live virus used in this vaccine activated these killer T-cells, it should provide effective long-term immunity to a number of flu virus strains.

Additionally, a new Spanish study shows that the benefits of flu vaccines don’t end with the flu season. The study focussed onrepeat flu vaccinations in the elderly, and found that vaccinations in three consecutive years increased the likelihood of surviving a severe flu infection by 70% or more. So although any single year’s vaccination may not perfectly protect against that year’s flu strain, cumulatively, these injections provide significant protection, even in a very vulnerable population.

One of the best reasons to vaccinate comes from a process that is often described as herd immunity. When more people in a city or state get a flu shot, the disease won’t spread as widely as it might have if healthy people chose to skip the needle. The very young and the elderly, as well as other immuno-compromised people, are often unable to get a flu shot, and are therefore more at risk if healthy people around them get sick. In other words, when lots of people get a flu shot, fewer vulnerable people will get the flu, and fewer deaths will result.

But even with the less-certain protections offered by vaccines available today, virtually no medical expert would advise against receiving annual flu shots. While 2018’s flu season is shaping up to be a bad one, the fact is that the flu kills up to 50,000 North Americans every year. Often the patients are small children or the elderly, but occasionally a strain seems perfectly suited to kill otherwise healthy adults. This year is the centennial of the1918 Flu Epidemic which is estimated to have killed between 3 and 5 percent of the total world’s population — tens of millions of people.

The so-called Spanish Flu is also notable for teaching that the dangers of flu infections don’t end with the virus leaves a patient’s body. In the decade following the 1918 Flu Pandemic, more than 5 million flu survivorsdeveloped Encephalitis lethargica, also called Sleepy Sickness. This follow-on illness killed about a third of its patients, and left a million others in a statue-like condition, speechless and motionless for decades.

More recently, Ontario’s Institute for Clinical Evaluative Sciences has found that flu patients are ata six-fold greater risk of suffering a heart attack in the seven days after their diagnosis. This increased risk was not limited to patients with a history of heart disease.

So if you’re one of the people who has delayed or dismissed getting your own flu shot,it’s not too late. Minimizing your chance of illness and the chance of infecting your loved ones is a very easy choice.