The National Registry of Evidence-Based Programs Is a Thing, So of Course Donald Trump Had to Kill It 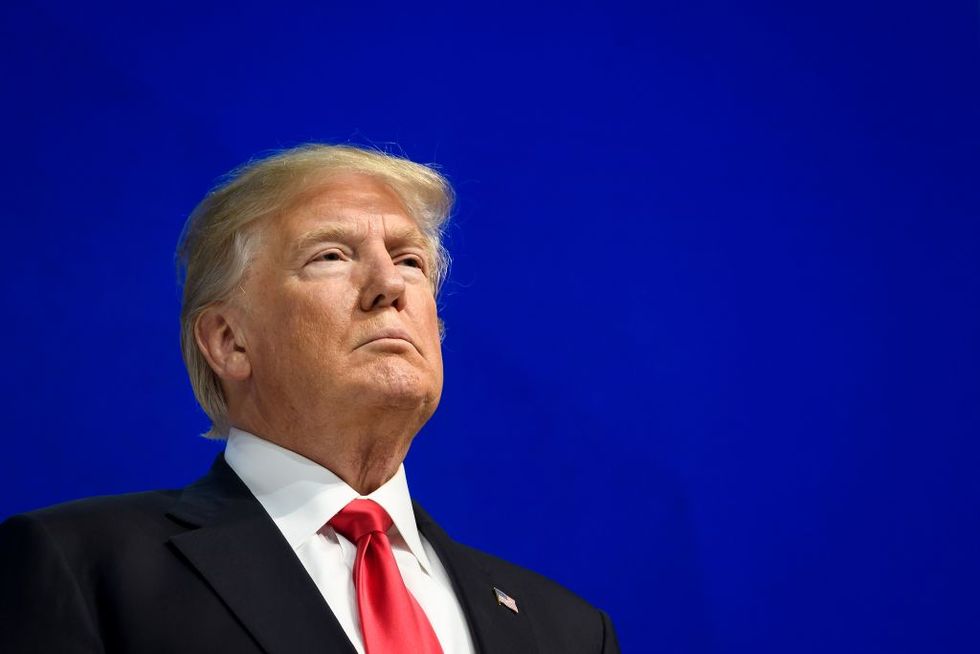 In yet another example of the Trump administration’s ongoing onslaught against mental health, federal health officials have frozen a database used by medical professionals, mental health specialists and community groups to access effective treatment and intervention resources for mental health and substance use disorders. The National Registry of Evidence-based Programs and Practices (NREPP) has served thousands of individuals and has been particularly useful in fighting the opiate epidemic, as well as other mental health crises.

According to The Washington Post, “The registry, which was launched in 1997, offers a database of hundreds of mental health and substance abuse programs that have been assessed by an independent contractor and deemed scientifically sound. Getting a program or therapeutic approach included in this registry amounts to receiving federal recognition as an evidence-based practice. Mental health and addiction specialists say they rely on this database as a key source for finding appropriate and effective therapies.”

The Substance Abuse and Mental Health Services Administration (SAMHSA) is the agency within the U.S. Department of Health and Human Services that manages the NREPP database. According to the SAMHSA website. SAMHSA's mission is to reduce the impact of substance abuse and mental illness on America's communities,

The database serves as a registry for new breakthroughs in treatment options for a variety of mental health, substance abuse, and behavioral disorders.  Although the administration insists that a new set of methodologies and resources will take the place of the current database, since freezing the database in September, no new postings have been added. As a result, any breakthrough studies or new treatment modalities have not been made available to the public. As with the Affordable Care act, no timeline has been established for a replacement, nor has any staff been added to such a project.

The database has been a huge asset in combating mental health and substance abuse related illnesses. In 2016 alone, over 64,000 Americans died from drug overdoses. Given the huge amount of comorbidity between mental illness and chemical dependency, America is in the throes of a huge crisis. Access to a plethora of resources and new discoveries is paramount in the struggle to fighting the epidemic.

“I know there are quite a number of new studies that could be breakthrough strategies for prevention of psychiatric disorders, opiate addictions, autism spectrum disorders — any number of things,” said Dennis Embry, president of Paxis Institute.

Freezing this national database is one of many attacks by the Trump administration on mental health. In addition to not properly addressing the opioid crisis, Trump’s stance on gun ownership issues also poses a problem for effective treatment of mental health issues.

Since the beginning of his administration, Trump has been loosening the restrictions on gun ownership. Under Obama’s administration, the government was required to add people to a no buy list. The Social Security Administration deemed those individuals eligible for mental health disability payments, effectively restricting access to firearms to individuals who struggle with mental illness.

In 2017, Trump quietly rolled back those restrictions and yet still blamed mental illness as the cause of mass shootings. While there were well over 300 mass shootings in 2017, the risk of suicidal behavior is actually much greater than homicidal behavior when it comes to mental health and gun ownership. This is not to say that gun ownership is in anyway safe for those with mental health conditions.

Blaming mental illness for gun violence is short-sighted at best. According to the American Journal of Public Health, states with lax gun ownership controls have “disproportionately high numbers of deaths from firearm-related homicides.” Moves such as freezing the database and shutting down gun violence research make it impossible to know certain how to most effectively treat mental health in conjunction with gun violence.

Trump’s Other Attacks On Mental Health

According to Paul Gionfriddo, president of Mental Health America, “political environments in states do seem to matter. Those that invest more in mental health clearly have to throw away less money on jails and prisons." Conservative states will be emboldened by Trump’s continued attacks on mental healthcare resources.

Many of Trump’s failed attempts at repealing and replacing the Affordable Care Act (ACA) would have severely limited access to affordable mental health treatments.  Many individuals have been granted access to mental and behavioral health resources, as well as substance abuse treatment, through an expansion of Medicaid benefits under the Affordable Care Act. Given the Trump’ Administration's persistent attempts at dismantling established health care, and the fact that some states may not feel a need to expand Medicaid benefits to their constituents, mental health resources may continue to be impacted and limited.

Trump’s policies on mental health and substance abuse disorders have been contradictory at best. Although he has acknowledged the importance of those issues, his administration has not established an action plan to address those critical issues that affect most Americans lives. For example, the Trump Administration has already censored the CDC, a move that served as a blow to both mental and public health, through the banning of such words as “evidence-based.” Trump is also reviewing a new rule that would allow medical professionals to refuse care on religious and moral grounds, another move that could limit proper access to mental health treatment.

Like the numerous ACA repeal attempts, the freezing of this database is just another example of removing a protocol designed to assist in mental health treatment, while offering little of substance in replacement.