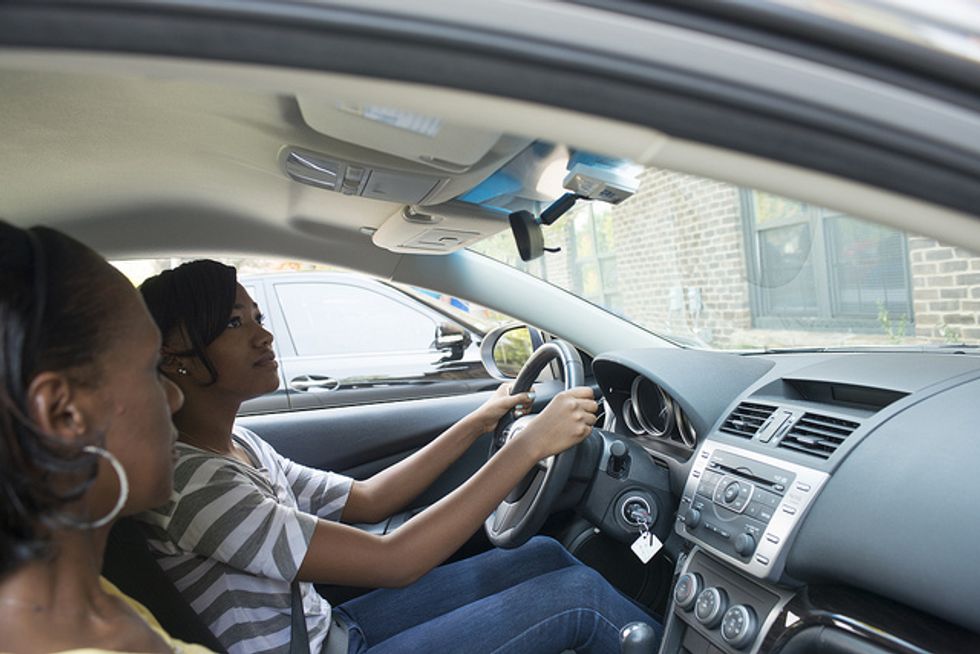 When Philando Castile was stopped by police on July 6 in a suburb outside St. Paul, Minnesota, the encounter quickly went from routine to violent. After informing the officers he had a permit to carry a gun and had one in his car, Castile was shot, an incident captured on video by his girlfriend as she sat in the passenger seat. The tragic event was the last of at least 49 traffic stops Castile had experienced in the past 13 years, for an average of about one stop every three months. Of all the stops, only six were for things a police officer could see from outside the car, things like speeding or having a broken taillight.

Castile’s death is only one in a string of deadly incidents involving police officers and young black men, prompting police departments around the country to reevaluate the impact of racial bias on law enforcement. But for the state of Illinois, another institution has been targeted for intervention: driver’s ed.

On August 5, Illinois Gov. Bruce Rauner signed a new measure into law that will require students enrolled in driver’s education courses to learn how to respond if they’re pulled over by police. The addition to the curriculum will be put in place for the 2017-2018 school year at private and public schools that offer the driving courses. The secretary of the state’s office will develop specific guidelines.

“My hope is that if we uniformly require that driver’s education include the protocol and what is expected when you interact with a police officer that things will not escalate,” said state senator Julie Morrison, who sponsored the bill.

This isn’t the first time teenagers on the brink of getting their licenses in the state of Illinois are being exposed to safely navigating a traffic stop. Former Chicago Police Department officer Eddie Chapman initiated his own program with a poster book in 2003 called Drive Safe, Stop Safe. The books, which fold out into posters, feature illustrations of sports stars

like Michael Jordan going through seven different scenarios. Each describes how to behave in so the encounter can end safely, for the driver and the police officer. After visiting classes and sharing his information, Chapman surveyed students to see how effective the training was.

“A lot of these kids didn’t know or have any idea what to do when they got stopped by the police,” Chapman said. “Nobody had even had conversations about that with them.”

Chapman was motivated to start the program after two police shootings that occurred while he was on the force in 1999. The first resulted in the death of a young woman named LaTanya Haggerty, who police believed was holding a gun in the car (it turned out to be a padlock). A day later, Northwestern University student Robert Russ was shot and killed when he drove away from an attempted traffic stop.

Both incidents had a profound impact on Chapman, who felt that proper education might help save people’s lives. And he’s relieved that the education will now be a mandatory part of every student’s driver’s ed experience.

“Now everybody will know what to do and people will not have to guess,” Chapman said. “If you don’t have that instruction, you’re going on what you think you should do, and everybody assuming different things.”

This will also help police officers, who, by training, have to consider that every traffic stop might turn violent, if the person being stopped is armed.

While the new law may have positive outcomes for Illinois’ upcoming drivers, it doesn’t resolve the issue of disproportionate traffic stops for minorities. Given the proportion of the population that’s minority versus white throughout the state, Illinois police were more likely

to pull over minorities, found a 2015 report from the Illinois Department of Transportation. And research by the New York Times discovered that in Chicago, black drivers were 5.2 times more likely to have their cars searched than whites, though they were slightly less likely to have contraband in their cars.

Of course, the reasons for differences in the rate of traffic stops is more complicated than just race. Neighborhoods with higher crime rates might also have a greater police presence, and people in impoverished communities may have more trouble affording driver’s insurance. But even though race is not the only factor, it is still a factor.

“In a society where the perception is that certain types of people look more suspicious than others, and when officers are directed to stop suspicious people, they will stop young African Americans in much higher rates than whites,” said Charles Epp, professor at University of Kansas.

It’s an issue addressed by the Black Lives Matter movement, who outlined their demands for the first time earlier in August. Among those demands is the following: “direct democratic community control of local, state, and federal law enforcement agencies, ensuring that communities most harmed by the destructive policing have the power to hire and fire officers, determine disciplinary action, control budgets and policies, and subpoena relevant agency information.”

Whether any of the group’s proposed policies are ever put into effect, there’s still the hope that students who learn how to act during traffic stops will be safer. As for the deeper issues of racism – it’ll take more than a driver’s ed course to solve them.