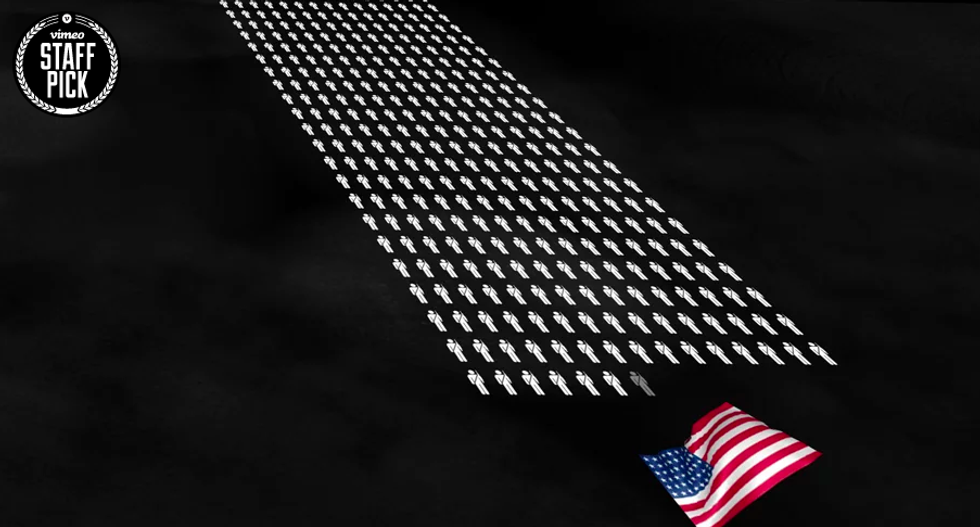 World War II ended nearly 75 years ago. As it fades into distant memory, it's easy to lose sight of what a devastating impact those six years had on the world's population. Filmmaker Neil Halloran has created a video entitled "The Fallen of World War II," which underscores the staggering number of casualties of World War II.

Using simple stick figures, each representing 1,000 lives lost, Halloran marches through the war, visually depicting deaths among the military and civilians. One of the more startling clips from the video occurs around the 9:45 minute mark, when we learn that 16 percent of the Polish population (both military and civilian) were killed during the war. The most visually arresting aspect occurs around the 6 minute mark, when for close to a minute the screen fills with red stick figures representing nearly 10 million Russian military casualties. The Russians would lose another 10-20 million civilians in the war, many at the hands of Joseph Stalin. In total, approximately 70 million people died in the six years spanned by World War II--nearly double that of any other war before or since.

The video concludes with statistics on "The Long Peace" -- the post-World War II-era during which no major economic powers have gone to war against each other. Halloran does not delve into the reasons of this historical aberration, but does depict the overall downward trend in deaths from war in the same clear, arresting style.

The Fallen of World War II from Neil Halloran on Vimeo.

Does Google Earth predict a stark future? Check out Google Earth Images from the Past and Present Paint a Grim Future HERE.