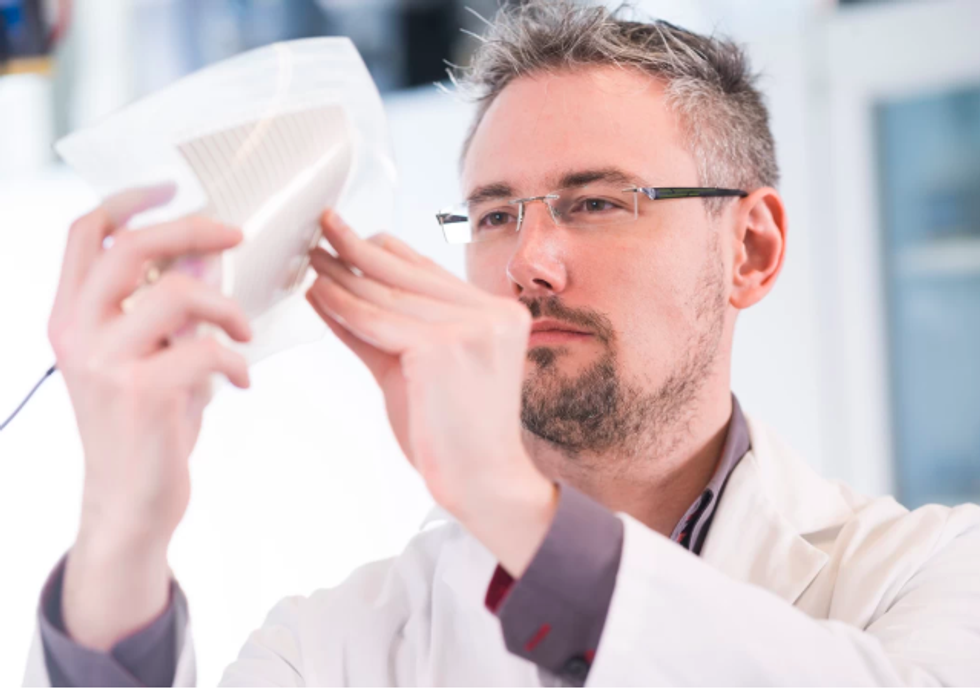 German companyColdplasmatech has developed a new wound-treatment method that speeds up healing and kills bacteria without the use of antibiotics. Their treatment, as the company name subtly hints, involves cold plasma — the state of matter least understood by the general population.

In this case, “plasma” means the ionized state of matter, rather than platelet-rich plasma (PRP) — the liquid in which our blood cells are suspended. PRP itself has shown great promise in wound healing and skin regeneration, too: you might have heard of the “vampire facial” or themany studies worldwide using PRP toheal chronic wounds.

But Coldplasmatech’s advancements are different. The treatment involves placing a silicone patch over the wound, then a power supply pushes electrons through the air between patch and skin to create bioactive, ionized plasma.The bioactivity kills all bacteria in the wound in as little as two minutes, without the risk of creating more antibiotic-resistant strains. In fact, this method of disinfection even kills bacteria that are already antibiotic-resistant.

Patients will also benefit by avoiding the other side effects of antibiotics, namely allergic reactions, vomiting or diarrhea. What’s more, the treatment process activates skin cells at the wound site to increase the immune response to the injury.

The patch was demonstrated at the Athens Science Festival in Greece, and now the German government has committed to funding two clinical trials of the technology. The technology is limited to external wounds for now, but it could help a broad spectrum of patients, from immobile patients with bedsores to burn victims.

“We’ve been very lucky because we have received funding from the Federal Ministry of Science and Education in Germany,” Mahrenholz said. “They are helping us set up and pay for clinical and economic trials in Germany. That second part is very important because not only is it crucial to show the clinical success of a new technology, but also what it means in terms of economic value.”

And the economic value could be staggering. Research firm Market Prognosis predicts that the market for advanced wound treatmentswill reach $22 billion annually by 2024 — up from $11.7 billion in 2017. The driving force behind the growth will be a growing geriatric population and the increased prevalence of Type 2 Diabetes and the ulcers associated with the disorder.

The good news is that Mahrenholtz expects the price point for cold plasma patches to be affordable, though specific costs have not yet been set. For now, he’s estimating that the costs will be about 20% of current treatment options.