The Latest Super-Resistant Bacteria is an STD 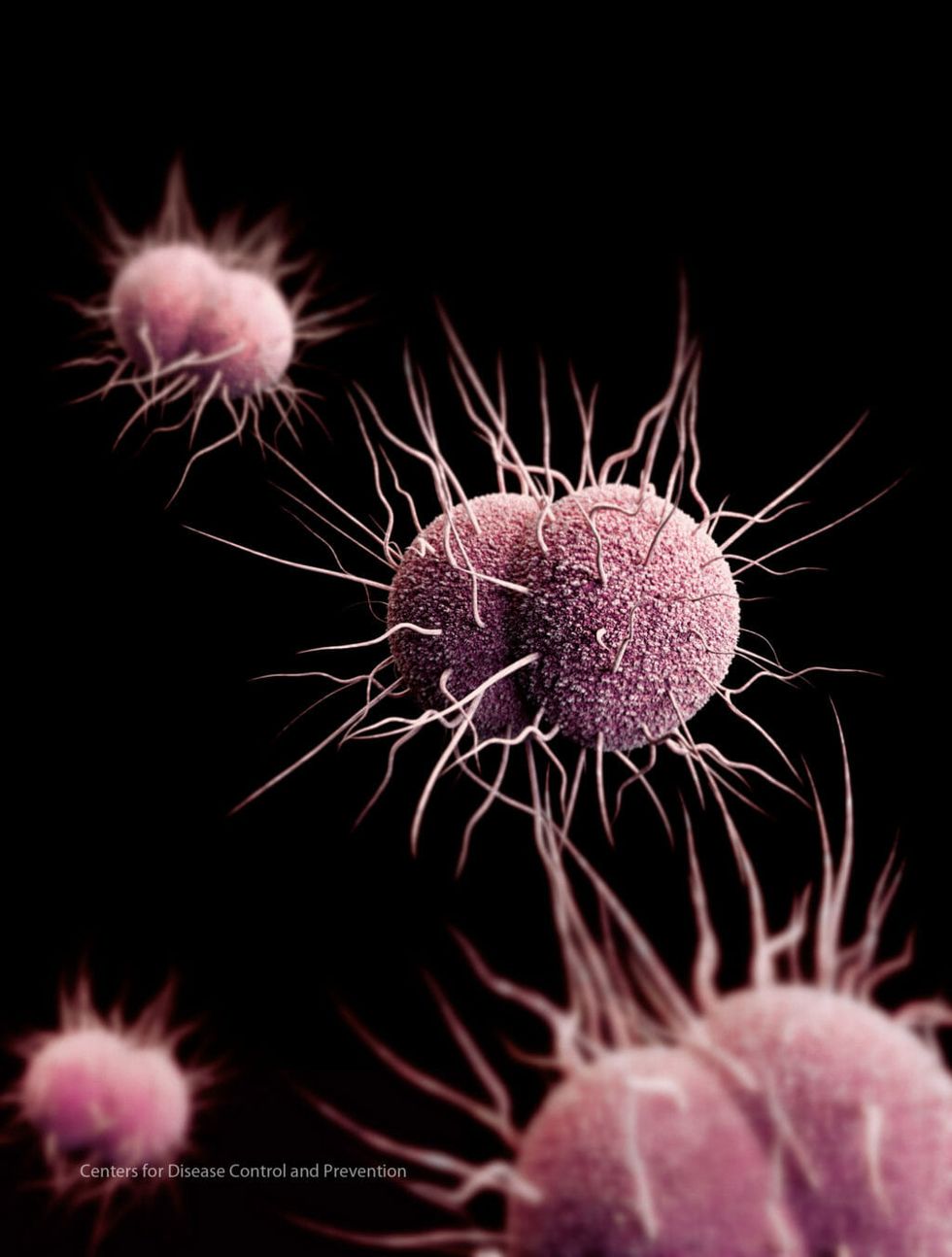 The World Health Organization has issued new guidelines for the treatment of gonorrhea after many new antibiotic-resistant strains have emerged around the world. The WHO recommends doctors use cephalosporins instead of quinolones (both of which are classes of antibiotics), changing the protocol for gonorrhea treatment for the first time since 2003.

Gonorrhea is a sexually transmitted disease that affects 78 million people around the world each year, including 820,000 people in the US. Many infected people initially have no symptoms, but if untreated gonorrhea can lead to chronic infections, pelvic inflammatory disease, ectopic pregnancies and serious infections for babies in untreated mothers.

This is hardly the first time doctors have been required to switch up antibiotics after strains of gonorrhea developed resistance to them. In many developed countries, the treatment had already shifted from quinolones to cephalosporins, and in some of those places, strains of gonorrhea are already resistant to the newly recommended class of antibiotic.

“We really wanted countries to remove quinolone as the treatment of choice,” said Teodora Wi from the WHO department of reproductive health and research. “Imagine if African countries invest so much money just to buy quinolones and the bacteria are already resistant.”

But, Wi added, we’ll probably need new drugs altogether in 5 years, since gonorrhea will become resistant to all current antibiotics used. The disease has already grown immune to

penicillin, ampicillin, doxycycline and tetracycline. The Centers for Disease Control recommends treatment using two antibiotics, but even that isn’t a permanent solution.

The alternative is therapies used before the discovery of antibiotics, and those methods were primitive, to say the least.

“Mechanical interventions included genital installation of large quantities of iodine solution instilled by urethral or vaginal catheters, or ‘hot boxes’ where a person’s body was put in a box to 43ºC to try to kill off the organism and not the host,” said Vanessa Allen, chief of medical microbiology at Public Health Ontario. “A return to this pre-antibiotic era is becoming an increasing possibly unless we slow down the rate of resistance or develop new drugs soon enough.”

The gonorrhea threat is just one part of the larger issue of bacteria developing drug resistance. In 2015 the White House released a National Action Plan to combat these new bacteria, with steps being implemented by the CDC. The diseases that have developed this resistance to treatment include everything from multidrug-resistant tuberculosis (which killed 190,000 people in 2014) to E. coli bacteria that cause urinary tract infections. In the US, around 2 million people become infected with antibiotic-resistant bacteria each year, and 23,000 die of those infections. It’s an ongoing problem beyond the realm of STDs.

“I’ve cared for patients for whom there are no drugs left. It is a feeling of such horror and helplessness,” said CDC director Tom Frieden. “This is not where we need to be.”