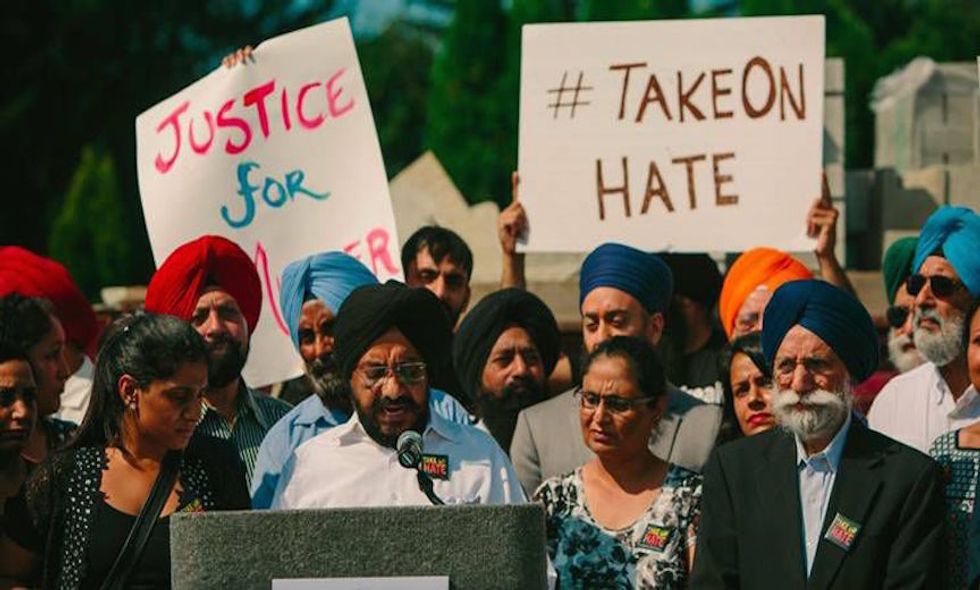 Deep Rai, a Sikh man, was shot in his driveway in a suburb of Seattle on Friday. Rai, who survived the attack, has said the shooter yelled, "Go back to your own country" during the attack. Witnesses to the Kansas murder of Srinivas Kuchibhotla and shooting of Alok Madasani, also U.S. residents of Indian origin, reported that the same phrase was invoked by that shooter.

Rai was working on his car when a masked white man approached and asked why he was cleaning his car. The men began arguing and the stranger threatened and assaulted Rai before pushing Rai to the ground and shooting him in the arm. Rai was hospitalized overnight for treatment.

Police in Kent are investigating the shooting as a hate crime. The FBI is assisting in the investigation. "All of the information that I have available at this time suggests that the information provided by the victim is credible," Police Chief Ken Thomas said.

Members of the Sikh community discussed the shooting with reporters at a nearby gurudwara (a Sikh house of worship) after Sunday services. Marine Corps and Iraq war veteran Gurjot Singh said "This is equally my country as it is your country. It doesn’t anger me. It hurts me."

Hundreds of South Asians, friends, and their supporters gathered in Bellevue, a Seattle suburb, for a peaceful vigil on Saturday. The event was planned by more than 40 groups in memory of Kuchibhotla, but took on new urgency following the attack on Rai. In press release, Rita Meher of Tasveer said, "We all stand together in solidarity, and we expect elected leaders to act to protect the rights of immigrants, their families, and their communities. We come together to build relationships and mend the divides between our communities."