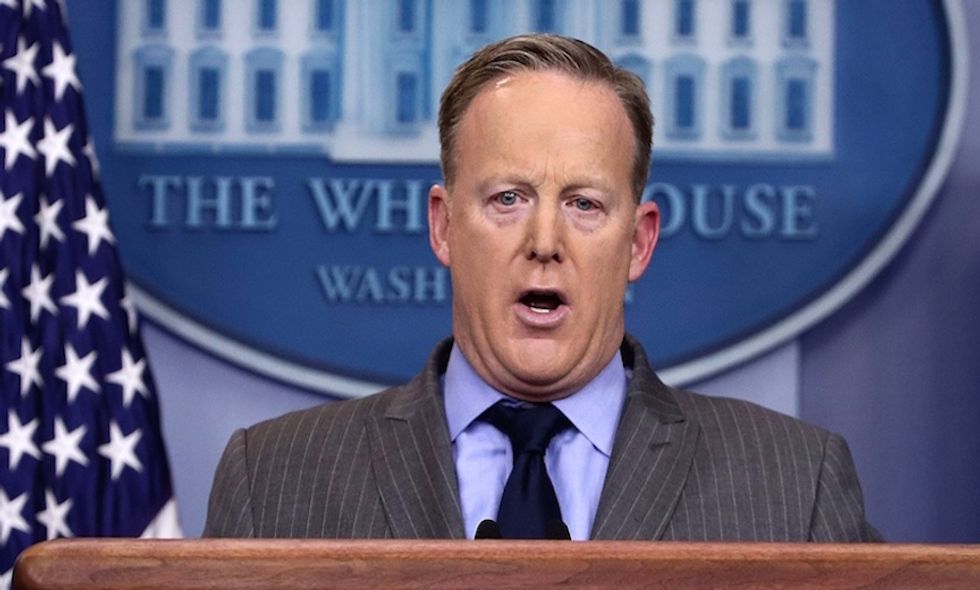 On Friday, Sean Spicer, the White House Press Secretary and current Communications Director, called an emergency meeting for his staff. When they arrived they were told to place all their phones on a table. The phones were then searched for evidence that any staff members were involved in the leaks that have been plaguing the White House. Spicer lectured the staff, telling them not to leak the meeting.

The story nevertheless quickly leaked to Politico. A senior administration officials who spoke to Fox News said Spicer told staff that this meeting was "recess" compared to what is coming if the leaks don't stop.

Spicer reportedly met with White House counsel Don McGahn before the meeting. Other White House attorneys were present during the dressing down and phone search.

The phones were examined for the apps Confide and Signal, which delete texts after sending them and prevent forwarding and screenshots. Spicer said using the apps was a violation of the Presidential Records Act (PRA).

Shontavia Johnson, a law professor at Drake University Law School, explained in an email to CNN that "The PRA gives ownership of all presidential records to the United States (we the people), and all of those records must be transferred to the Archivist of the United States after the president leaves office. The only presidential records that can be disposed of are those that 'no longer have administrative, historical, informational, or evidentiary value.'"

However, all federal employees do have a right to speak about their jobs in a personal context, and it isn't clear that all texts would fit that definition. Spicer had staffers turn in both personal and government phones and devices.

Spicer himself was using the Confide app, but he deleted it. When Buzzfeed asked him about the app, he responded, “These are personal phones… I also have iTunes on my personal phone, Solitaire, and other apps. Frankly I think the idea that you guys are writing a story, the idea of what apps I use on my phone, is an invasion of my privacy.”