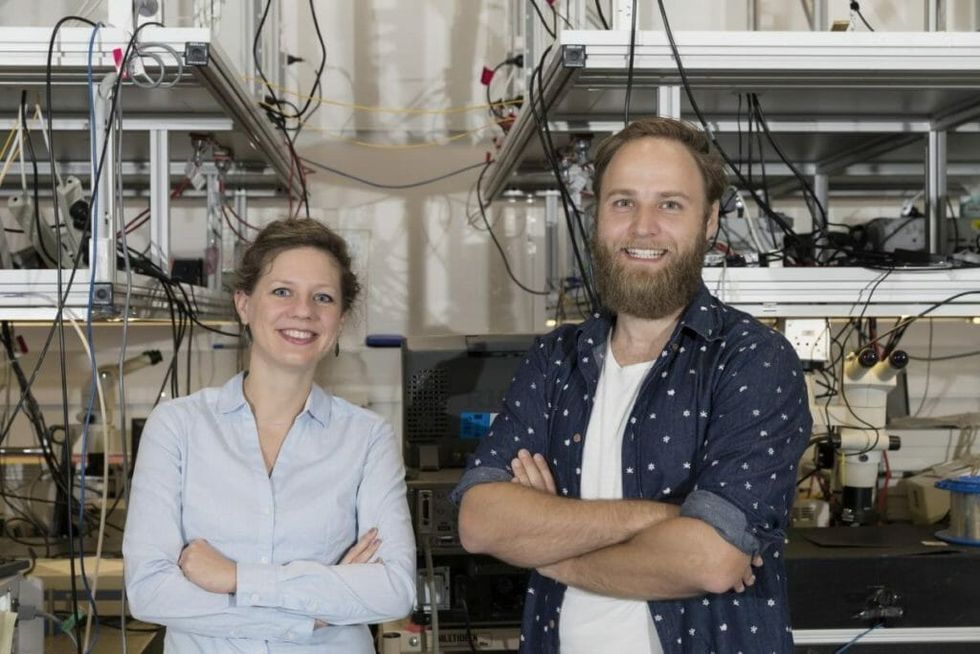 You are reading this because of an electronic microprocessor. Whether on your phone, tablet, laptop or desktop display, a computer microchip is responsible for the processing, storing and transmitting of all digital data, as it travels at electric speed, including these very words. Since the introduction of the microchip in 1959, computers have been limited to the speed of electrons, but all that is about to change.

When Texas Instruments’ Jack St. Clair Kilby invented the microchip, his design of an electronic integrated circuit depended on the flow of electricity to process and retrieve information. This is still true today, and that is why today’s computers are called electronic computers. But light travels 100 times faster than the electrons in today’s microchips, and thus a theoretical light-based computer, or photonic computer, would render today’s processors obsolete and inefficient.

The average photon speed is 20 times that of an electron's, and thus a photonic processor, which handles digital data as light instead of electrons, would have the potential to run at least 20 times faster than your current devices. In addition, photonic computers:

The notion of a photonic computer is generally consigned to the realm of science fiction, because light travels way too fast for existing microchips to read. However, a team of research scientists at the University of Sydney, never discouraged by the impossible, have taken one step closer to creating the first light-based computer by converting light into sound. Sound travels slower than light, but faster than electricity. This is why we see the flash of lightning before hearing the rumble of thunder.

Even though we already use photons in telecommunications — i.e., fiber optics — at the microchip level, that data is converted into electrons before entering the processor. While the Sydney researchers were not able to create a chip that processes photons, they were able to create the next best thing: a chip that slows down light by converting it into sound waves. In their published findings, they call the process “chip-integrated coherent photonic-phononic memory” — a memory storage system that converts light to sound on a photonic microchip.

By converting light to sound, the data slows down enough for a computer to interact with it. “The information in our chip in acoustic form travels at a velocity five orders of magnitude slower than in the optical domain,” said project supervisor Dr. Birgit Stiller. “It is like the difference between thunder and lightning.”

“Building an acoustic buffer inside a chip improves our ability to control information by several orders of magnitude,” added lead author Moritz Merklein. But we are still years away from seeing photonic chips in our personal devices, as the technology is still in the development stages and at this time is unable to store the acoustic data long-term.

“For this to become a commercial reality, photonic data on the chip needs to be slowed down so that they can be processed, routed, stored and accessed,” said Merklein.

ScienceAlert provided a 30-second animation video explaining the new light-to-sound data conversion and why it cannot yet work for long-term memory storage:

You can read the Sydney team’s published findings HERE.