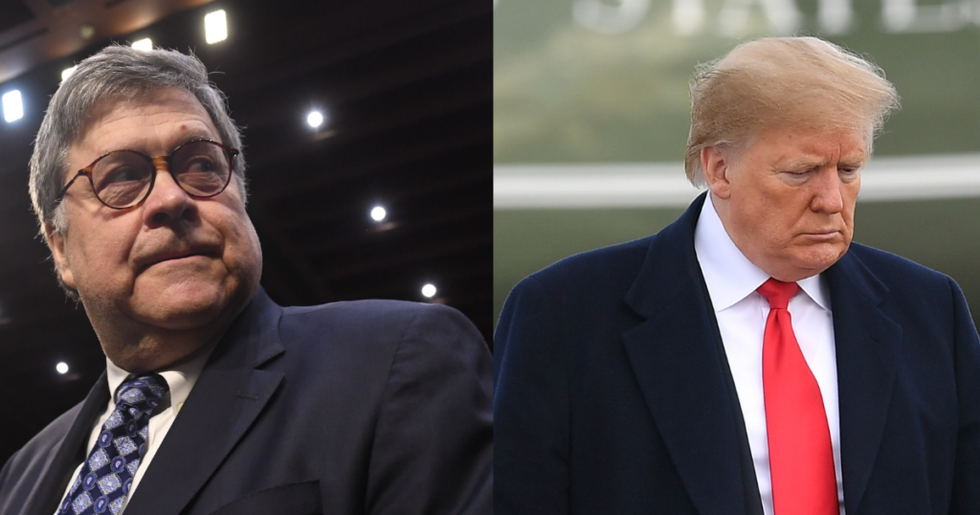 President Donald Trump ordered his former lawyer and fixer Michael Cohen to lie to Congress about their secret plans to build a Trump Tower in Moscow, according to an explosive new report by Buzzfeed.

Special Counsel Robert Mueller's office "learned about Trump’s directive for Cohen to lie to Congress through interviews with multiple witnesses from the Trump Organization and internal company emails, text messages, and a cache of other documents. Cohen then acknowledged those instructions during his interviews with that office," BuzzFeed wrote Thursday.

"Cohen also told the Special Counsel that after the election, the president personally instructed him to lie — by claiming that negotiations ended months earlier than they actually did — in order to obscure Trump’s involvement."

Cohen pleaded guilty in November to lying to Congress among other crimes and was sentenced to three years in prison.

Although there is debate over whether Trump obstructed justice when he fired FBI Director James Comey in 2017 over "this Russia thing," the testimony Cohen gave as part of his plea agreement "is the first known example of Trump explicitly telling a subordinate to lie directly about his own dealings with Russia," BuzzFeed learned. Trump "had at least 10 face-to-face meetings with Cohen about the deal during the campaign."

BuzzFeed's report, if true, offers the strongest available evidence to date that Trump was directing his underlings to obstruct an ongoing federal investigation.

Additionally, Trump's tweets about Cohen's father-in-law are a clear tactic to scare Cohen into not testifying before the House next week.

These are crimes for which Trump can be held liable, according to Trump's nominee for attorney general, William Barr.

In a June 2018 memo to the Justice Department, Barr spelled out what he believes constitutes the crime of obstruction of justice, and it exactly describes what Trump instructed Cohen to do. Keep in mind that Barr's intent in drafting this memo was to argue against the legitimacy of Mueller's investigation.

“Obviously, the President and any other official can commit obstruction in this classic sense of sabotaging a proceeding’s truth-finding function," Barr wrote. "Thus, for example, if a President knowingly destroys or alters evidence, suborns perjury, or induces a witness to change testimony, or commits any act deliberately impairing the integrity or availability of evidence, then he, like anyone else, commits the crime of obstruction.”

"If a President...suborns perjury, or induces a witness to change testimony, or commits any act deliberately impair… https://t.co/yzJdHlXLwB
— Justin Miller (@Justin Miller) 1547782607.0

Barr affirmed his position during his Senate confirmation hearing on Thursday.

"In your memo...you wrote on page 1 that a president persuading a person to commit perjury would be obstruction, is that right?" asked Senator Amy Klobuchar (D-MN).

Graham: “So if there was some reason to believe that the president tried to coach somebody not to testify, or testify falsely, that could be obstruction of justice?”

Barr has been a fierce skeptic of the merits of Mueller's investigation, writing in his memo to DoJ that Trump's firing of Comey does not amount to obstruction because of his belief in the president's "plenary power over law enforcement."

That, however, did not factor in whether Trump had ordered people like Cohen to lie to investigators and Congress.

This is not what Trump was hoping for when he picked Barr to be AG.

@TheRickWilson From his writings, William Barr would consider this obstruction of justice.
— Lance Cameron (@Lance Cameron) 1547824923.0

Hoist by his own petard.