CNN Analyst Suggests Stormy Daniels Doesn't Have a Case Against Trump Because She Can't Be Defamed, Regrets It Almost Immediately 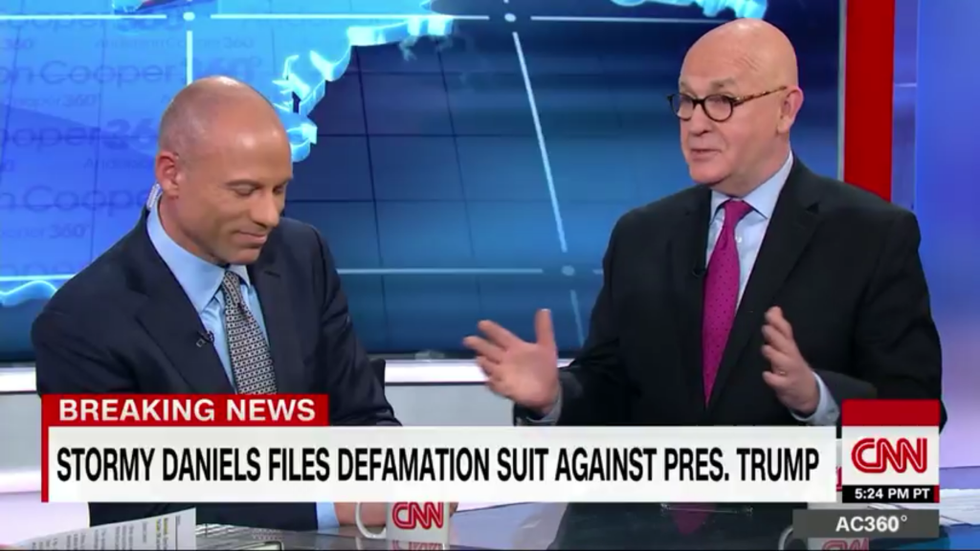 Just because somebody is an adult film [star], they cannot be defamed?"

With Clifford's lawyer Michael Avenatti seated next to him, Callan stated:

As a matter of principle, you're probably right: Someone who's made 500 pornographic films can be defamed, in theory. But you put 12 ordinary people on a jury and say to them, 'Award her money because someone called her a liar,' I think you'd have a hard time getting a substantial damage award. Now, maybe you'd get a symbolic award, sometimes jurors say will award a dollar in damages to send a message that we won't tolerate this sort of thing, but actual damages justifying all of the effort that's gone into this lawsuit, I don't see it -- which means the lawsuit is a publicity lawsuit and a publicity stunt."

Watch the clip - Paul Callan appeared on @ac360 last night prepared to attack my client by citing what she does for… https://t.co/ELrQFelFEq
— Michael Avenatti (@Michael Avenatti) 1525199781.0

Avenatti was not alone in taking exception to Callan's remarks.