Trump Organization Is Suing the Estate of the Man Who Died in a Fire in Trump Tower for $90,000, and People Have Questions 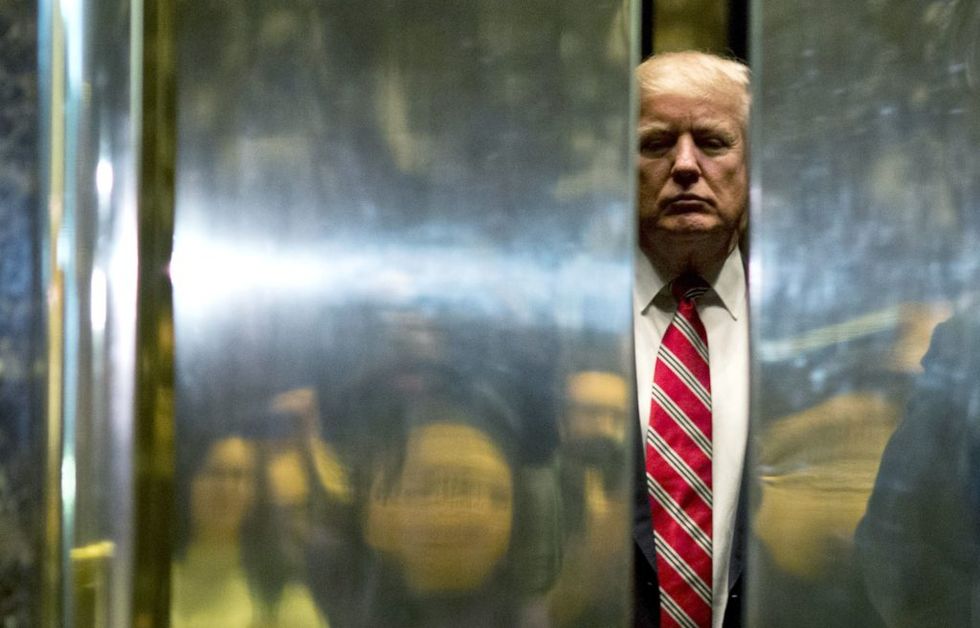 TOPSHOT - US President-elect Donald Trump boards the elevator after escorting Martin Luther King III to the lobby after meetings at Trump Tower in New York City on January 16, 2017. (Photo by DOMINICK REUTER/AFP/Getty Images)

The Trump Organization is suing the estate of the man who died in a fire in his Trump Tower apartment earlier this year for unpaid condo and maintenance fees, court filings show.

Todd Brassner perished when an electrical fire engulfed his 50th-floor unit in Trump Tower in April. Brassner was a long-time resident of Trump Tower and worked as an art dealer. He amassed a collection of instruments and art worth millions, none of which survived the blaze.

Brassner's apartment was not equipped with smoke alarms or sprinklers due in large part to now-President Donald Trump's opposition to having them installed in the 1990's. He claimed the $4 per foot cost was too much.

Now, in a lawsuit filed with the New York Supreme Court, the Residential Board of Trump Tower Condominium is suing Brassner's estate for $64,000 in unpaid condo fees and an additional $25,000 "legal fees and expenses incurred" by the Board.

"As a result, Plaintiff is entitled to a money judgment in an amount to be determined at trial, but believed to be at least $25,000.00."

Twitter thinks this is a dirty move, even for Trump.

@JuddLegum So typical of the Trump family, including Jared in terms of how his company dealt with tenants in the re… https://t.co/ngck7GtHRw
— Jeanine Barone (@Jeanine Barone) 1539878126.0

Others weren't surprised because it's Trump.

Trump: too cheap to put in sprinkler - deregulation in action since they are not required by law in New York City residential buildings. Trump lobbied against a law that would have required retrofitting buildings with fire safety systems.

@NBCNews Of course he did. Literally everything is someone else's fault.
— Meagan Paullin (@Meagan Paullin) 1539877150.0

The building had previously taken out a lien on Brassner's unit after he defaulted on common charges and declared bankruptcy. The lien was filed in May 2018 - a month after his death.

Brassner had also been making unsuccessful attempts at selling the apartment; the election of Trump and the heightened security in and around Trump Tower made it difficult to find buyers.

Thus, Trump and Brassner had a history of feuding. Trump once referred to Brassner as "that crazy Jew," while Brassner told a friend Trump is the “worst thing for our country” and a “terrible, lowlife human being,” according to the New York Daily News.

In addition to Brassner's death, six others were injured in the fire. Given how Trump and Brassner sparred, a post-humous lawsuit shouldn't come as a shock. After all, Trump loves suing people.