Donald Trump Jr. Is Getting Dragged for Tweeting a Story Claiming '200,000 Voters May Not Be Citizens' and Yeah, That's Not True At All 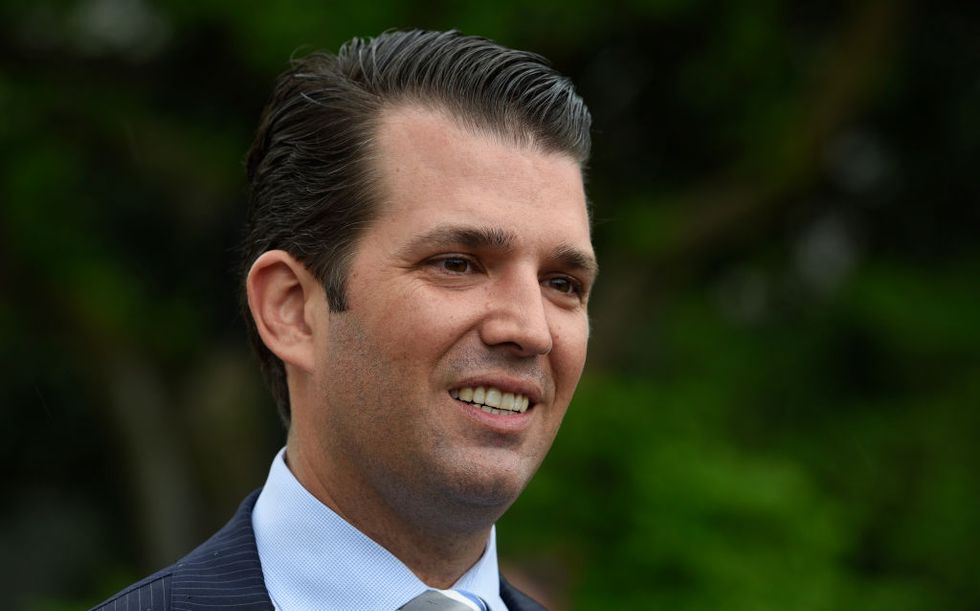 Donald Trump Jr. tweeted a news story claiming that "Nearly 200,000 Florida Voters May Not Be Citizens."

"Amazing, but not shocking at all anymore," he wrote.

But there were two problems with the tweet. The first: The story is from 2012. The second: The story begins with an editor's note which notes that the piece has been fact checked and amended by editors.

"Florida officials are now saying that nearly 200,000 registered voters may not be U.S. citizens," it begins. "Earlier in the week, state election officials announced they had identified more than 2,600 people who are in Florida legally but ineligible to vote."

And yet, right above that first paragraph is an editor's note dated November 12, 2018, which appears to have missed Trump Jr.'s eyes. It reads:

"The initial list of 180,000 names was whittled to 2,625, according to the Florida Department of State. The state then checked a federal database and stated it found 207 noncitizens on the rolls (not necessarily voting but on the rolls). That list was sent to county election supervisors to check and it also turned out to contain errors. An Aug. 1, 2012, state elections document showed only 85 noncitizens were ultimately removed from the rolls out of a total of about 12 million voters at that time."

Trump Jr., who has a history of tweeting misleading news stories, was resoundingly mocked.

One individual suggested that Trump Jr. knew exactly what he was posting and that the headline alone would be enough to incense his father's base.

@DonaldJTrumpJr @nbc6 You posted because you know your followers won’t read beyond the headline. It’s a 2012 story… https://t.co/z3rlCpaDMx
— amyoliverbarnes (@amyoliverbarnes) 1542076742.0

Assuming Trump Jr. posted the six-year-old article on purpose, one can surmise that the tweet was meant to spark contention amongst the president's core supporters now that the Florida gubernatorial race between candidates Andrew Gillum and Ron DeSantis has triggered a recount after the margin between them became much slimmer. Gillum had conceded to DeSantis on Election Night.

In a statement released last week, Gillum said that since his concession speech, “it has become clear there are many more uncounted ballots than was originally reported. Our campaign, along with our attorney Barry Richard, is monitoring the situation closely and is ready for any outcome, including a state-mandated recount.”

“Mayor Gillum started his campaign for the people, and we are committed to ensuring every single vote in Florida is counted,” the statement continued.

The president himself weighed in on the Florida race when he railed that the Florida recount effort “is an embarrassment to our Country and to Democracy!”

“What’s embarrassing to democracy is not counting every vote — and you, of course,” he wrote at the time.

What’s embarrassing to democracy is not counting every vote — and you, of course. Count every vote. https://t.co/ZfrBBcymrg
— Andrew Gillum (@Andrew Gillum) 1541788820.0

The two men have a history of sparring publicly and, should Gillum prove victorious, it's likelier that attacks from both the president and his son will continue.