Looks Like Trump Has Finally Caved on His Effort to Insert a Citizenship Question Into the 2020 Census, and He's Not Happy About It 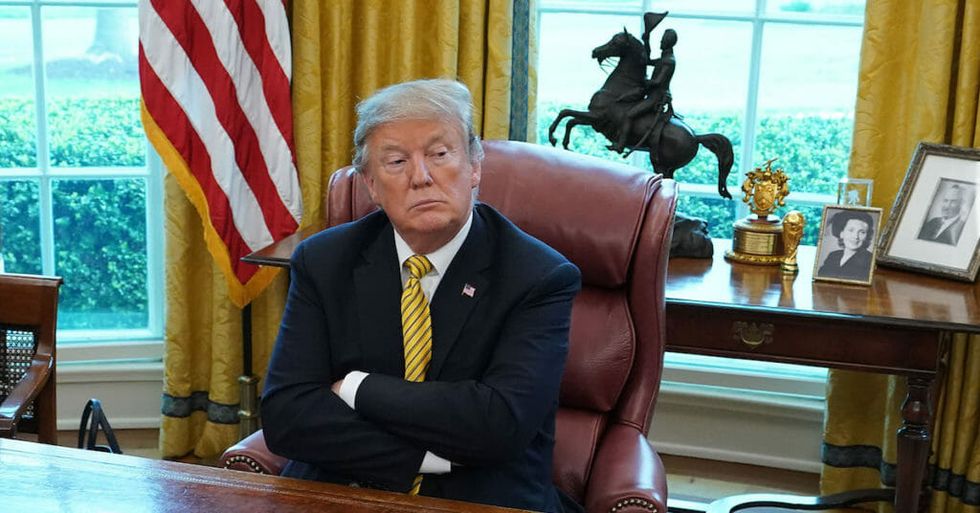 Thursday morning the news was filled with stories of President Donald Trump's plan to issue an executive order to override the Supreme Court's ruling on his citizenship question on the 2020 census.

"Can you believe—are you a citizen of the United States of America? 'Sir, you can't ask that question.' Why? Because the courts said you can't. We have three very unfriendly courts. They fight us all the way. Judges don't like us too much, I guess."

But by Thursday afternoon, the Trump administration changed their tune.

The Hill reported in the morning:

But only a few hours later:

President Trump was scheduled to hold a news conference on the issue at 5:00PM EST, but by 5:30 had still not appeared.

Donald Trump is using his executive powers to order every department and agency in the federal government to provid… https://t.co/pzly7bEnuL
— POLITICO (@POLITICO) 1562882164.0

"We’re going to talk a little bit about the fact that we’re not allowed to ask for whether or not somebody is a citizen on the census form. And I think we have a solution that will be good for a lot of people. Really good."

Before a Trump administration official told the press about the President's revised approach, people responded with his post reminding him of the Supreme Court's ruling.

@realDonaldTrump You do realize that legally you cannot add the citizenship question to the census. The Supreme Court says you can’t.
— Jessica (@Jessica) 1562870069.0

@DogginTrump @realDonaldTrump He is pushing this so they can continue to obstruct Black's and minorities from votin… https://t.co/2wIupCsxP3
— James Tate (@James Tate) 1562862670.0

@realDonaldTrump Patriots & officers of the court are watching. If you attempt to defy our Constitution, you will b… https://t.co/XeVVXQex7B
— DianeEveryday (@DianeEveryday) 1562860072.0

@RockyMountViews @realDonaldTrump Expecting an Executive Order Signing Ceremony...guessing that was his plan all along.
— MORDE1 (@MORDE1) 1562860430.0

In a nation where immigrants outnumber the Indigenous, the vilification of the word immigrant is absurd to many.

This mug, available here, shares the message that immigrants, together with those brought to the USA by force and the Indigenous people, get the job done.