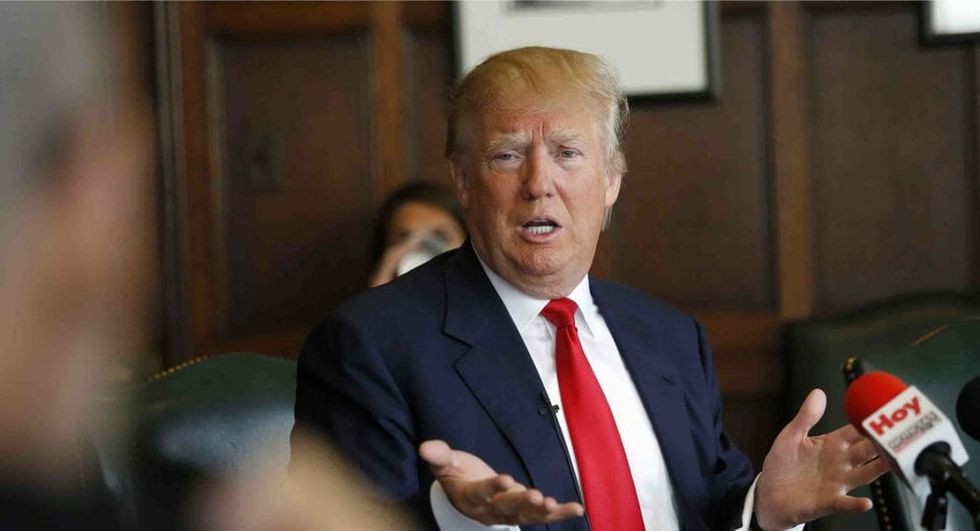 A bipartisan Obamacare deal, which would provide subsidies and flexibility for states to sidestep some coverage requirements imposed by the health care law, is in doubt after President Donald Trump reversed course, caving to the opposition from top congressional Republicans who were already lukewarm about its prospects on the Senate floor.

Senators Lamar Alexander (R-TN) and Patty Murray (D-WA) had earlier announced their agreement after weeks of negotiations and mere days after the president announced he would halt federal subsidies to insurers. "This agreement avoids chaos," Alexander said when he announced the deal. "I don't know a Republican or Democrat who benefits from chaos."

Speaking yesterday in the Rose Garden, Trump signaled the deal would be "a very good solution" that would appease insurance markets and give him time to scrap the Affordable Care Act altogether. “Yes, we have been involved, and this is a short-term deal,” Trump said at the time, adding that the proposal would “get us over this intermediate hump."

But in an address at a Heritage Foundation dinner in Washington last night, Trump commended “the bipartisan work” of Alexander and Murray but suggested a different approach might be necessary. “I continue to believe Congress must find a solution to the Obamacare mess instead of providing bailouts to insurance companies,” Trump said.

In between those two appearances, the president tweeted the following:

Any increase in ObamaCare premiums is the fault of the Democrats for giving us a "product" that never had a chance of working.
— Donald J. Trump (@Donald J. Trump) 1508277368.0

A White House official who spoke on condition of anonymity confirmed Trump's statement was meant to convey opposition to the Alexander-Murray deal.

Of the deal, Senate Majority Leader Mitch McConnell (R-KY) only said, "We haven't had a chance to think about the way forward yet."

Senator Alexander has confirmed that Trump spoke to him this morning and suggested that the president wants to "reserve his options." Alexander predicts legislation will pass “in one form or another” by the end of the year.