Trump Tweets, Appears to Blame Puerto Rico For Its Own Suffering 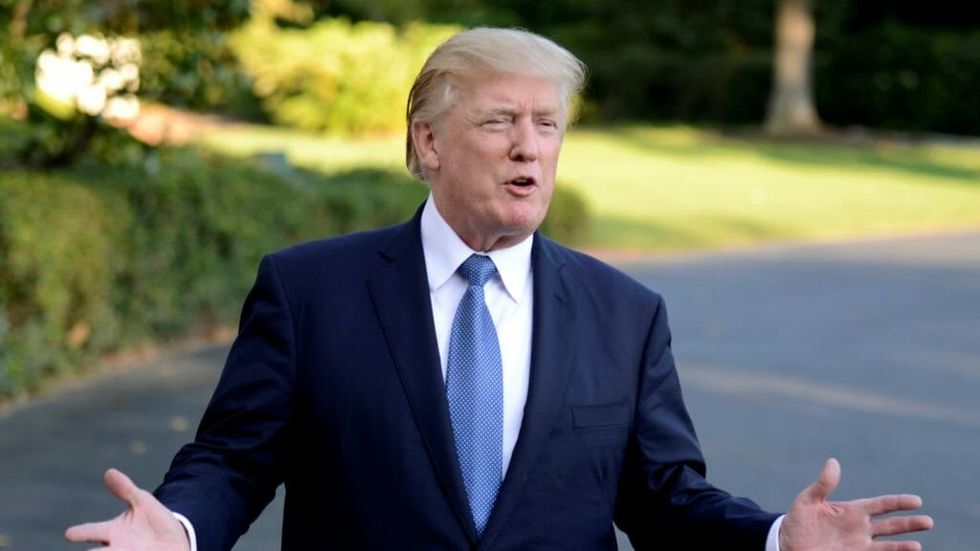 President Donald Trump did not issue a response to the humanitarian crisis unfolding in Puerto Rico until five days after Hurricane Maria devastated the commonwealth. When he finally did, he appeared to blame Puerto Ricans for their misfortune.

While Trump acknowledged that “much of the island was destroyed," he did not offer any additional federal government assistance, as he had done for the victims of Hurricanes Harvey and Irma in recent weeks.

The president has spent much of the last five days on a self-made crusade harshly criticizing NFL players who kneel during the national anthem. Many players who have done so have said they are protesting police brutality. He also announced he would impose new limits on travel to the United States from eight countries to go into effect October 18, a new, more expansive version of his controversial travel ban.

Juliette Kayyem, a former senior official in the Department of Homeland Security under President Barack Obama, said that Trump’s response to the disaster demonstrated “a lack of empathy of epic proportions."

The Trump administration has further refused to waive federal restrictions on foreign ships carrying life-saving supplies to Puerto Ricans––a concession it readily made for Texas and Florida. The move comes as millions of people contend with destroyed homes, a heat wave, no electrical power, and rapidly depleting supplies of clean water and food.