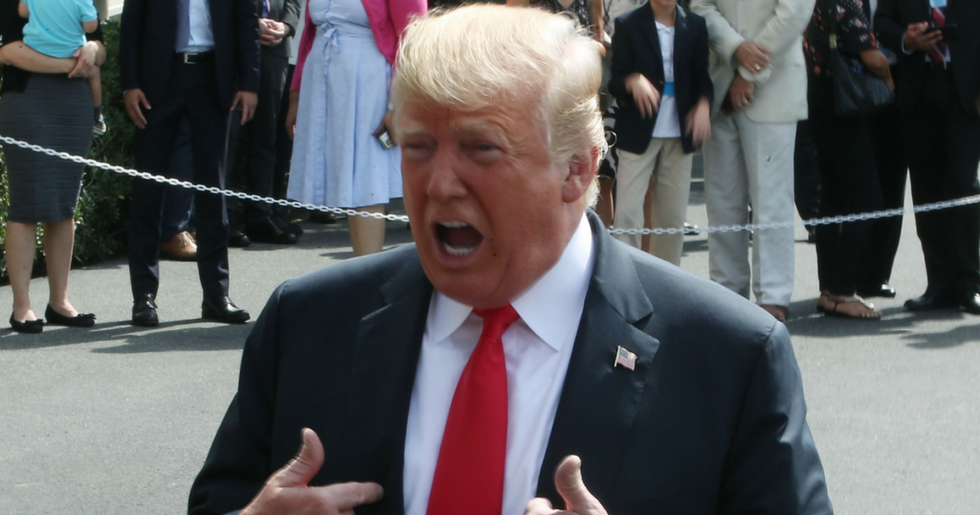 The suit was filed in the U.S. District Court in Massachusetts. This is just the latest move to unravel the damage caused by Trump’s reactionary policy.  Previously, a California Federal judge ordered the end of forced separations between immigrant children and their parents. That judge also ordered the reunification of families who were already separated.

Many professionals agree that the children are vulnerable to long-term mental health consequences due to the trauma from Trump’s policy. The suit states that the resulting trauma “was life altering and it will continue to affect their mental and emotional well-being for years to come."

According to an official count presented in court filings in late August, approximately 500 children remain separated from their families. Officials, in conjunction with cooperation from the ACLU, have been working to reunite the children with the deported parents.

The lawsuit asserts that simply reuniting children with their families does not do enough to address the underlying trauma that was initially caused by the policy.

"The damage is unbelievable, and the focus has been on reunification because, of course, the judge has ordered that. But now it's about restoration. And that is something the government is not taking responsibility for, but so desperately needs to be done, and we're here to make sure that happens," said attorney Jesse Bless.

When the policy was initially announced, a number of prominent health experts and medical professionals spoke out against the zero-tolerance policy.

According to Dr. Colleen Kraft, the head of the American Academy of Pediatrics, the policy was "nothing less than government-sanctioned child abuse. It's creating a whole generation of kids who are traumatized.”

Although the focus is now on reunification, a great deal of long-term damage has already been done. “The reunification process has been chaotic and has unequivocally come at a cost,” said Beth Krause, a supervising lawyer at the Legal Aid Society’s Immigrant Youth Project.

Current members of the Trump administration claim that the chaotic nature of the reunification process actually benefits the children. Homeland Security secretary Kirstjen Nielsen, Attorney General Jeff Sessions, and HHS secretary Alex Azar claim that they are housing the children for their own well-being. “Throughout the reunification process our goal has been the well-being of the children and returning them to a safe environment,” Nielsen, Sessions, and Azar said in a statement to Reuters.

The Department of Health and Human Services declined to comment on the current lawsuit or the alleged mental health effects. Spokeswoman Evelyn Stauffer stated that the agency does not comment on active or pending lawsuits.

Regardless of the outcome of the lawsuit, the consensus among the medical community, as well as many advocacy groups, is that the trauma created by Trump’s policy will have long-term effects for the children who were forcibly removed from their families.