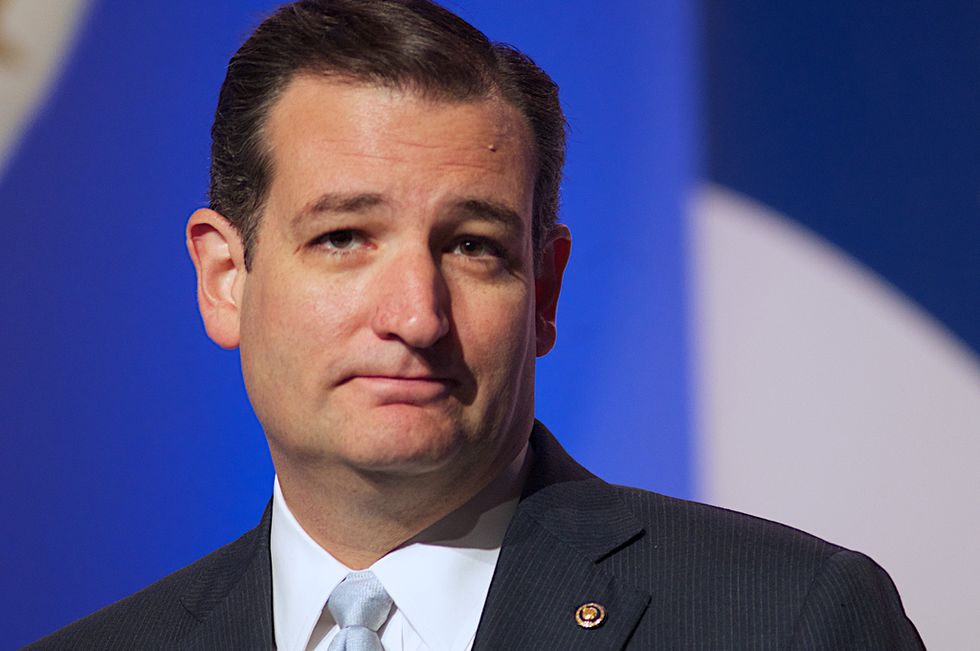 Senator Ted Cruz (R-TX) was caught making dubious claims about his role in the 2013 government shutdown in an interview with MSNBC's Kasie Hunt.

"Sir, you stood in the way of that," Hunt replied... and right she was!

Cruz infamously filibustered a government funding bill tied to the Affordable Care Act by reading Green Eggs & Ham on the floor of the United States Senate.

This led to a sixteen-day government shutdown which cost taxpayers $24 billion.

Cruz's assertion that he has "consistently opposed shutdowns" scored a "Pants on Fire" rating by Politifact; this marks the ninth time Cruz's words earned Politifact's hottest dishonor. "Cruz did that very thing in 2013, when he was one of 16 senators to vote against cloture for the spending bill that would go on to end the shutdown. He was also one of 18 senators to vote against the bill itself," according to Politifact.

MSNBC's Joy Reid though Cruz's comments were worth a laugh: "Ted Cruz now trying to pretend he didn't shut down the government in 2013. Hilarious."

"But I watched him do it!" one Twitter user replied.

Twitter users really let Cruz have it: "I did not read that book as filler; I am not the Zodiac Killer; I will try to re-write history; How I was elected is a mystery"

@saradani @JoyAnnReid I did not read that book as filler I am not the Zodiac Killer I will try to re-write history… https://t.co/agTGmQpVv6
— RaPUNzel (@RaPUNzel) 1516646796.0

The reads were real.

Oh, Senator Cruz, whatever shall we do with you?