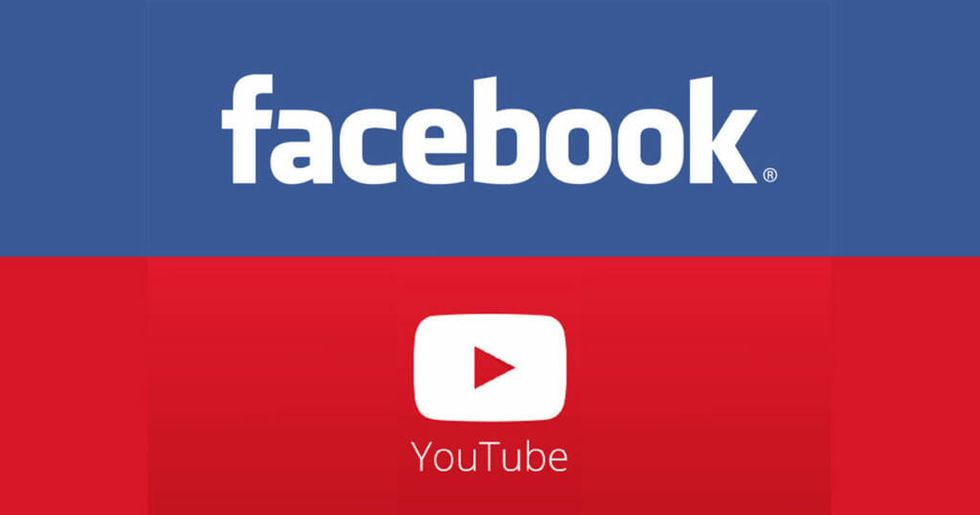 YouTube has long dominated the market for watching and sharing user-generated videos. Every month it generates tens of millions more unique viewers than its closest competitors and billions more content views. But Facebook has set its sights on the lucrative video market and is making a dent in YouTube’s share of the pie.

Facebook announced in its 2014 Fourth Quarter Report that it averaged 3 billion video views per day – up from 1 billion in just the previous quarter – and over half of daily Facebook users in the United States now watch at least one video per day on the social media site.

Me at the Zoo, the first video uploaded to video over a decade ago.

Studies have shown that this increase in growth is coming at the expense of YouTube. While YouTube still has more video views per day, surpassing 4 billion views back in 2012, Facebook is fast on its heels. One study showed that in the United States last year, YouTube’s unique video viewers were on the decline, whereas Facebook’s general trend was an upward trajectory. And Facebook’s recent announcement that users can now embed Facebook-hosted videos elsewhere on the web – which up until now has been exclusively within the province of YouTube – threatens to cut deeper into YouTube’s market share.

Although Facebook accounts for views differently (a streaming embedded video only needs to play automatically for 3 seconds to count as a view on Facebook, whereas a would-be viewer must actually click on the video in YouTube) Facebook is also catching up to YouTube where it really matters: in ad revenue. Facebook recently acquired LiveRail, a leading online video advertising platform, to help with better targeting its video ads. And a recently-released study found that in November 2014, more brands

Facebook may be helping this trend along by favoring videos posted directly to Facebook, rather than videos linked from other sites like YouTube. Many publishers have noticed that Facebook tends to reward such content with higher organic reach than, say, static images or article links, and they have responded by adding more video to their mix in their search for more fans and eyeballs. Facebook’s newsfeed algorithm gives preference to highly shared and consumed content, so in terms of video, that means the number of likes and shares, and – as of June 2014 (just after Facebook ramped up its video presence) – the watch time for any given video. But Facebook claims it can only measure watch time for videos posted directly to Facebook, thus putting non-native videos at a severe disadvantage. This of course may simply be a facially neutral way of favoring its own native content, but it appears to be working: Many video publishers have abandoned posting YouTube links directly on Facebook, as Facebook's algorithm essentially quashes their organic reach. Instead, creative video publishers have sought to lure users out of Facebook to watch YouTube videos that are embedded on other sites. Whether Facebook will also seek to disfavor this practice remains to be seen.

While Facebook may be catching up in terms of numbers, the two sites still differ wildly in content discovery. People do not go to Facebook to find an old episode of Saturday Night Live or videos of Johnny Cash performing live. At least for now, Facebook simply does not have the search capacity for that. Instead, Facebook’s algorithm determines what videos it thinks its viewers may be interested in: If you like it, you click; if not, Facebook is out of luck. Google-owned YouTube’s searching capability remains far superior, with one study finding that YouTube, at 3 billion searches a month, is the second-largest search engine in the world. At least for now, it is also much easier to go down the rabbit hole of video-watching with YouTube, with its prominently-featured sidebar of related videos. And YouTube is still the place to beat in terms of original content, although Facebook is reportedly aiming to poach some of YouTube’s biggest content producers.

Facebook’s move to unseat YouTube as the video king is not subtle, and we should expect even more focus on Facebook’s blossoming video presence in the months ahead. But with powerful Google behind YouTube, we should not expect this battle to be over quickly.