Flat Earthers are on the rise. Here’s why that matters. 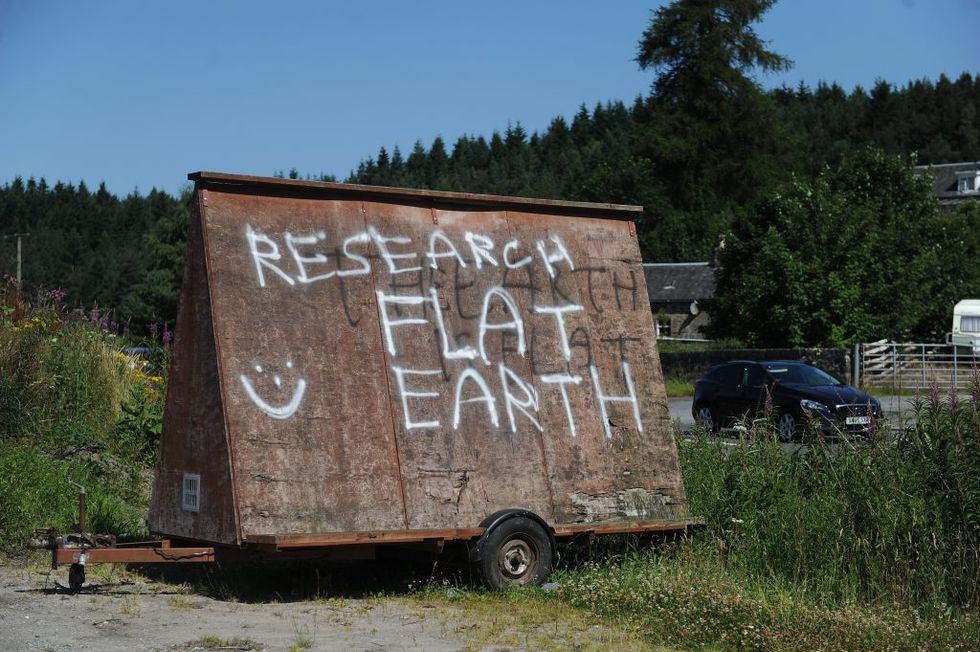 In the current “fake news” climate, it’s good to take stock of assumptions and question what we see. But a growing group of people are taking this to the extreme. They are Flat Earthers.

The Prevalence of Flat Earthers

Flat Earthers believe what they see, and what they see is a flat world. “This is a new awakening,” said John Vnuk, the founder of a Flat Earth group in Fort Collins, Colorado. “Some will accept it, some won’t. But love it or hate it, you can’t ignore Flat Earth.”

Fort Collins is the seminal group of Flat Earthers, but there are also sister groups popping up in Boston, New York, Houston, Philadelphia, Phoenix, and Chicago, with robust online groups as well.

The movement has been made more popular by its famous proponents like Celtics basketball star Kyrie Irving and reality television star Tila Tequila. Irving expressed his view of the shape of the world in a podcast last year saying “it’s right in front of our faces. . . . They lie to us.” He continued, “I mean if you really think about it from a landscape of the way we travel, the way we move and the fact that – can you really think of us rotating around the sun, and all planets align, rotating in specific dates, being perpendicular with what’s going on with these ‘planets’ and stuff like this?”

And that, fundamentally, is what the Flat Earth movement is based on. Why believe in science when you can just look around you and trust your own two eyes?

“There’s so much evidence once you set aside your pre-programmed learning and begin to look at things objectively with a critical eye,” said Bob Knodel, a Denver resident and engineer of the Youtube channel Globebusters. “You learn soon that what we’re taught is mainly propaganda.”

Flat Earthers, as the name implies, believe that the earth is flat. Many conceive of it rather like a snow globe—a flat disc domed by the sky (housing the sun, moon and stars), with a wall of water above that. Others believe that it is rather like a flat-bottomed bowl, buttressed on all sides by giant ice barriers.

They also discount the heliocentric model of our earth. They believe that the sun and moon are 3000 miles above, and 32 miles each in diameter. (They do, after all, look the same size.) The two planets travel in circular tracks across the top of the dome, gradually heading toward the equator and back up to account for the seasons.

The earth itself is stationary. “They say you won’t notice it because it’s a continual motion. But you should be able to feel it. You shouldn’t be able to function allegedly spinning that fast,” said Cami Knodel, Bob’s wife and a Flat Earther based in Denver.

And despite startling evidence to the contrary—like images from outer space (according to flat earthers: doctored!) and circumnavigation (ever notice no one ever circumnavigates north to south—ice wall barriers!)—Flat Earthers refuse to be swayed.

Flat Earth and the Eclipse

Take the solar eclipse that took place on August 21, an event predicted by scientists through the heliocentric model. The eclipse is potentially dicey for Flat Earthers, given that they do not believe that the earth orbits the sun. Rather, Flat Earthers believe that an eclipse occurs when something—the moon, perhaps, or another object—passes in front of the sun as the sun travels along its track.

The eclipse caused many Flat Earthers to double down, accusing NASA and other “globe jockeys” of doctoring the images.

Some even proposed that the special solar glasses NASA encouraged people to wear to protect their eyes were only being pushed to hide the truth.

#NASA really dont want u lookin up at the #Eclipse without there Special #Glasses incase u see its not the #Moon in… https://t.co/UMLVbLBNiD
— WeAreWakinUp🇮🇪 (@WeAreWakinUp🇮🇪) 1502883651.0

Flat Earthers don’t have a very clear idea why NASA would want to convince the globe—or rather, world—of a lie. “It’s not about money,” said Bob Knodel. “They want complete mind control. They want to create two classes: the ultra rich and servants. At that point they would’ve taken over the world, and enslaved the population, and controlled everything.”

Second, Flat Earthers point to oddities with the shadow the moon cast during the eclipse, arguing it should be much bigger—bigger than the moon itself. In support, they point to experiments done at home. Shine a flashlight on a quarter, and the shadow is always bigger than the quarter itself.

However, the sun is not like a flashlight. It shines light in all directions and is much, much bigger than the moon. Will Kinney, professor of physics at the University of Buffalo SUNY explained. “What you need is an extended light source that is at such a distance that it’s almost exactly the same apparent size as the thing you’re blocking it with.”

Here’s an illustration of what actually happens, according to NASA.

Why Does the Movement Matter?

While the movement is picking up speed—some estimates say as many as 1 in 500 are flat earth adherents—it is still a giant minority. So besides the general oddity of it, why does the movement matter?

In an Op Ed in the Denver Post by Craig A. Foster, a psychology professor who studies pseudoscience, he argued that the movement is important because it exposes contradictions in the way we treat those who reject science.

Many Flat Earthers use pseudonyms, or stay underground. “They just do not want to talk about it for fear of reprisals or ridicule from coworkers,” said Vnuk. There are large numbers of trolls online who engage in debate with them merely to trick them. They are ridiculed.

But, Foster argued, this level of scorn seems largely limited to Flat Earthers. Why not anti-vaxxers, who believe that vaccination is a conspiracy generated by big pharmaceutical companies; or climate change disbelievers, who think any contribution by man is attributable to left-wing conspirators. Anti-vaxxers and climate change deniers, too, are confronting oceans of evidence against them. And yet, we as a society allow these views to become mainstream, even taught in schools.

“United States residents continue to harm themselves and people around the globe through their haphazard promotion of the pseudoscientific. Flat-Earth theory continues to provide a learning opportunity that could help the United States stem the rising tide of its pseudoscientific ways,” wrote Foster.

He continued: “I am not really worried about the flat Earth. I am worried about an old Earth becoming an unvaccinated hothouse Earth. We can maintain a healthy Earth by recognizing that flat Earthers are not alone in promoting scientifically untenable ideas.”

And it goes beyond science, too. In this political climate, individuals on both sides are more likely to jump onboard with the news slant that appeals to them, that just “feels” right—even if there is no actual evidence or reporting to back it up.

So laugh at Flat Earthers if you want—it is, after all, absurd. But maybe rein in that snark, when you point that finger. Things have a way of circling back.