“Dry Drowning” Has Been Making the News—But What Is It, and How Can You Spot It?

Know the signs of dry drowning 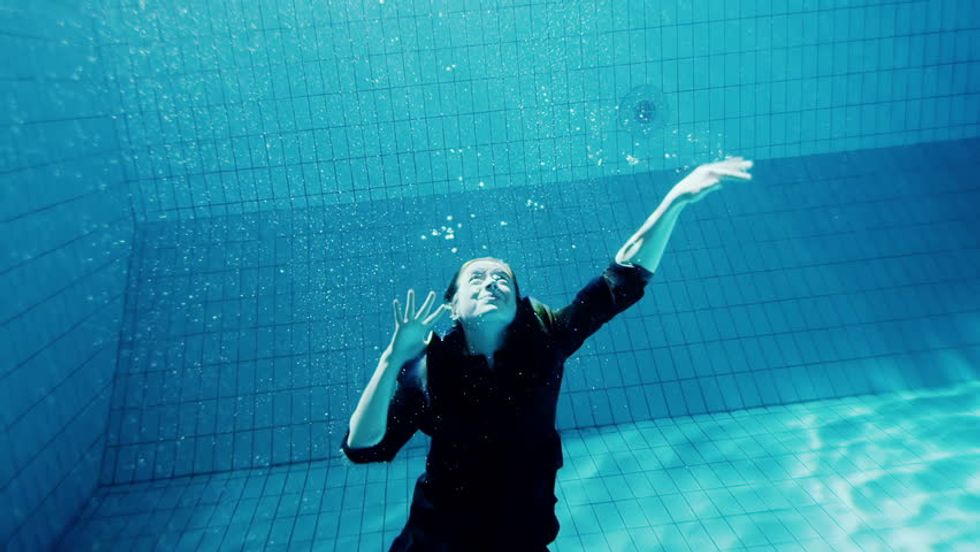 Parents know to be on the lookout for signs of drowning at the pool this summer. It is, after all, the fifth leading cause of unintentional injury death in the United States, and about one in five people who die of drowning are 14 and under.

Parents may also know that drowning doesn’t always look like it does in the movies—it’s often silent, with minimal movement.

What parents may not know is that in rare cases—about two percent—   death by drowning may actually occur hours after getting out of the water.

This type of atypical drowning recently made the news after a four-year-old boy from Texas, Frankie Delgado, died days after being knocked over by a wave. When knocked under, unknown to his parents, he had aspirated water. While Frankie was fine for the rest of the day, in the evening he began showing symptoms of a stomach bug—diarrhea and vomiting. Later, his shoulder began to hurt. Although the parents resolved to take him to the hospital in the morning, he died during the night, days after the incident occurred.

The family has named “dry drowning” as the likely cause of death, although autopsy results are pending.

The term drowning itself is often misused. Dr. Kevin Yan, a doctor of internal medicine who works at Mount Sinai Beth Israel in New York, explained to Second Nexus that “drowning” merely means that “a person experiences respiratory distress due to immersion in a fluid. It does not imply that a person has died from this event, and therefore initial survivors are classified as having experienced ‘nonfatal drowning.’” However, he continued, initial survivors “can then die soon afterward from the consequences of the initial drowning event.”

When an individual experiences distress from drowning minutes or hours after the initial drowning event, it has been colloquially referred to as “dry nonfatal drowning” and “secondary” or “wet nonfatal drowning.” Doctors do not like to use these phrases, and the World Congress has rejected the terms, but they are still used as shorthand to describe these atypical drowning events.

Yan explained that in what is colloquially termed dry nonfatal drowning, the muscles in the larynx spasm as a reaction to water entering and irritating the airway. This can prevent aspirating water, but also cuts off needed oxygen to the body. If the spasm persists, immediate death can occur. If the larynx relaxes, a person can begin to breathe again. However, during the spasm, the lungs can undergo significant trauma, which can subsequently cause inflammation and impairment of airflow and oxygenation.

In secondary, or wet nonfatal drowning, Yan explained, water enters the lungs, and then gets trapped in the smaller airways and alveoli of the respiratory system, resulting in impaired airflow and oxygenation. “Additionally, the aspirated water acts as an irritant and results in inflammation of the involved lung (which may involve airway spasm and accumulation of fluid,) further impairing airflow and oxygen exchange,” said Yan. He continued that this process can “progress over minutes to hours and possibly result in death depending upon the severity of the aspiration.”

Even if a child only ingests a “few gasps” of water in the pool, the child could be at risk of experiencing this atypical response to drowning later, said Purva Grover, medical director of Cleveland Clinic Children’s pediatric emergency departments. “You might not witness your child inhale any pool water, but it’s important to watch out for signs soon after an event that could cause dry drowning.”

Here are the signs to watch out for, remembering that they may not appear for 24 to 48 hours after the incident:

Although this type of reaction is rare, Grover recommends that it’s best to be cautious. “My best advice is when a child has a near-drowning event in the water, the first thing is to get a professional opinion.” Take the child to the emergency room for observation. If atypical drowning is suspected, the doctor may decide to drain the lungs. Yan agreed. “People should be aware that choking on water may not result in immediate death by drowning and should monitor their children for signs of distress or problems breathing even hours after leaving a body of water. While serious consequences are not common, medical attention should be promptly sought if there is any concern.”

After reading about the tragic death of Frankie Delgado, one Colorado dad was concerned—and it saved his son from an atypical drowning situation. Garon Vega’s son Gio went swimming and complained about head pain shortly after, which developed into a fever. Vega took his son to the emergency room, where doctors found a “significant amount of fluid in his lungs.”

“If we had waited the night, he probably wouldn’t have made it,” said Vega. He credits the Delgados for saving his son’s life.

“I feel like I needed to reach out to the parents of little Frankie and tell him, I don’t know how to word it but, their little boy saved our little boy’s life,” said Vega. “There was a purpose.”