Do Trump donors know where their money is going? 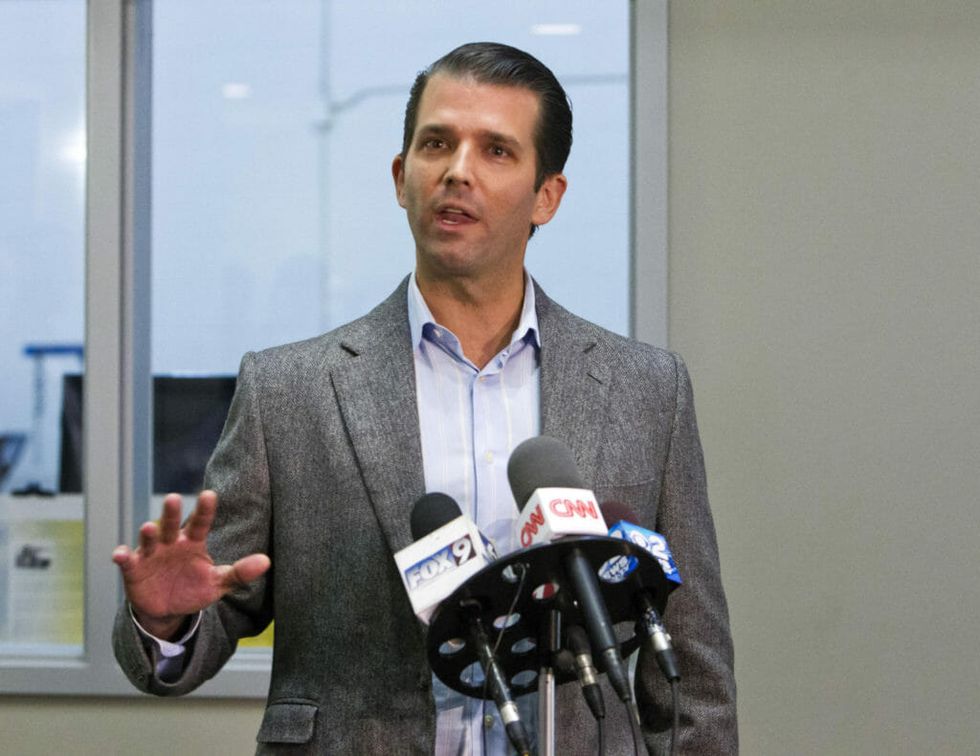 Between July and September,Donald Trump’s re-election committee paid $238,000 to the law firm representing the president’s son in the ongoing Russian-probe investigation. The committee made two payments to the firm of Alan S. Futerfas, who is defending Donald Trump Jr. as he faces scrutiny over his 2016 meeting with a Russian lawyer during the election campaign. Trump Jr. attended the meeting seeking damaging information against his father’s opponent, Hillary Clinton.

The disclosure of these latest payments to the Federal Election Commission didn’t specify what the legal fees and expense were for, but they are only the latest in a year-long series of legal expenses paid out by the Trump campaign, and the bill is growing larger by the day. The law firm, the Trump campaign, and the White House all declined comment or have chosen to delay their response.

In all, the Trump campaign has spent more than $1 million in legal expenses and services in the third quarter alone this year, which was from July through September. That is up 50 percent from the second quarter ($677,827), and four times the amount spent in the first quarter, starting in January ($294,344). That is nearly $2 million from campaign donors spent on legal defensives so far this year, three-quarters into the president's first year in office.

The surge in legal expenses correlates with the revelation in July of Donald Trump Jr.'s meeting with Russia last year. Interestingly, $25,885 of the third quarter’s legal expense went to the Trump Corporation, which is now run by Trump Jr. and his brother Eric.

The first of the two payments to Futerfas' law firm in third quarter was delivered in mid July, a week after news broke of the clandestine meeting, which also involved Trump’s son-in-law Jared Kushner and then-campaign manager Paul Manafort. Previously, in June, the Trump campaign paid $50,000 to the same firm, prior to the public becoming aware of the Russian meeting.

According to Bloomberg, such an aggressive campaign so early in a sitting president’s term is highly unusual when compared to other recent presidents. President Barack Obama waited until his third year before beginning to fundraise for his re-election, and President George W. Bush only raised $268,423 in his first two years in office.

Also at the tail end of the third quarter, Trump Victory raised $5 million at one event in New York, where large check writers were promised access to the president. Small-dollar donors ($200 or less) contributed $4.2 million in the third quarter, after it was public knowledge that Donald Trump Jr. had engaged in the Russian meeting.