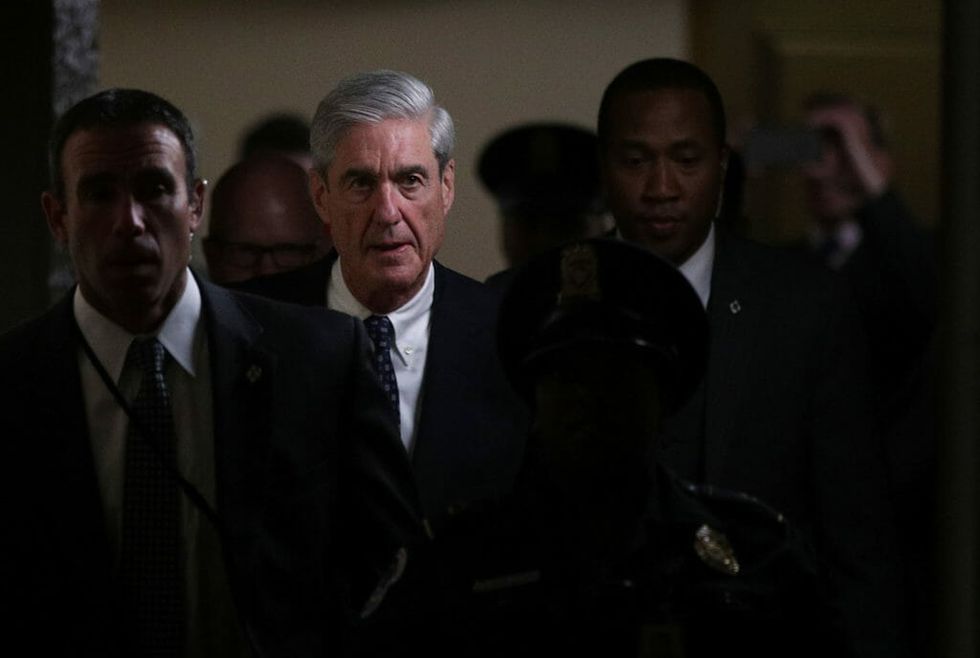 Special counsel Robert Mueller has issued a subpoena to the Trump campaign for more documents related to its Russia ties. Mueller "had previously received the information that had already been handed over to Congress, but investigators felt there were things they didn't see. The new subpoena seeks more records based on various search terms," according to CNN. The Wall Street Journal was the first to break the story.

One source described it as a "cleanup" subpoena––and the campaign is complying. Another source called the subpoena "bookkeeping" and "largely perfunctory," adding that much of the documents the special counsel receives will be will be "duplicative" of ones he already has. Indeed, The Journal's reporters note, "Sending a subpoena to an entity that says it has been cooperating with document requests isn't unusual in cases in which prosecutors have some concern that their demands aren't being met promptly or aren't being entirely fulfilled."

Mueller's subpoena is a headache for Trumpworld because they don't know what he already has, and if they fail to pr… https://t.co/XoNNbz2Ak7
— John Brownlow (@John Brownlow) 1510882743.0

Robert Mueller has put the Trump campaign in a situation where if they don't comply with the Russia-related subpoen… https://t.co/6Mc81FU5sG
— Red T Raccoon (@Red T Raccoon) 1510887232.0

The probe into possible collusion between the Trump campaign and Russian operatives is escalating, writes Harry Litman, a former United States Attorney for the Western District of Pennsylvania, in an op-ed for The Los Angeles Times:

We have now entered the second phase of the Russia probe. In the first, special counsel Robert Mueller and his team, starting from scratch, gathered sufficient evidence to file felony charges against Paul Manafort, Rick Gates and George Papadopoulos.

Phase 1 has given Mueller leverage against higher-level targets, who must be wondering how much the special counsel already knows, and how much he's about to learn. Careful work may, eventually, enable him to secure evidence against the greatest target of them all: the president. In this second round, Mueller is holding all the cards and has the latitude to play them when and as he chooses.

Manafort had expected charges since July, when FBI agents working for Mueller raided his Alexandria home in late July. Prosecutors had also warned Manafort that they planned to indict him, according to two sources familiar with the investigation. Investigators had earlier wiretapped Manafort, but dropped their investigation, citing lack of evidence. They later reopened the case because of intercepted communications between Manafort and suspected Russian operatives, and among the Russians themselves.

President Trump insisted that Manafort’s indictment was nothing more than a “fake news” ploy perpetuated by the mainstream media and Congressional Democrats. Trump also downplayed the role George Papadopolous, his campaign foreign policy adviser who pleaded guilty to lying about his Russian contacts to FBI agents, played during last year’s election.

A judge sided with Mueller yesterday in refusing to release Rick Gates to leave his home for Christmas––or even to take his kids to school. The judge called Gates, who is under house arrest, a "flight risk."