Those were the days. 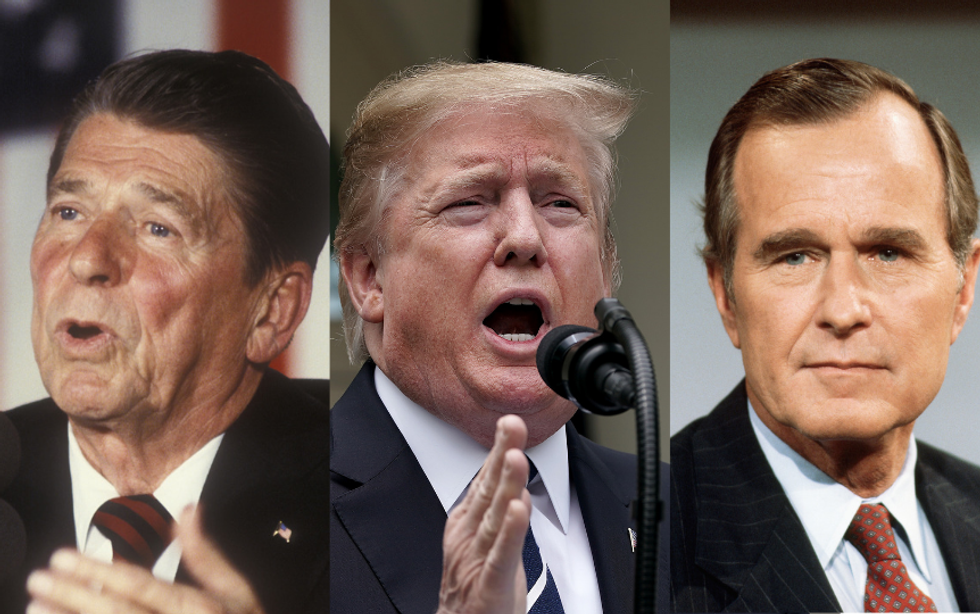 During a debate in the 1980 presidential primaries, candidates George H.W. Bush and Ronald Reagan were asked a question about Mexican immigrants - and their answer might surprise you.

We've grown accustomed to the Trump campaign's rallying cry of "Build that wall!" However, the GOP of the 80s had a very different answer to the issue of undocumented immigrants in the United States. An audience member in Texas asked whether the candidates felt that the children of illegal aliens should be allowed to attend public schools for free or if their parents should have to pay for them.

"I'd like to see something done about the illegal alien problem that would be so sensitive and so understanding about labor needs and human needs that the problem wouldn't come up," said George Bush.

"Rather than talking about putting up a fence," Ronald Reagan said, "why don't we work out some recognition of our mutual problems, make it possible to come here legally?" adding that the border should be open both ways, with both Mexican and American citizens able to cross freely.

Check out this video, in which we can see how much the Republican party has changed in its attitude toward Mexico.

The contrast between then and now is stark.

Reagan and Bush, both of whom would go on to serve as president in 1980 and 1989 (respectively), believed that good relations between the US and Mexico were vital to our country.

"I think that we haven’t been sensitive enough to our size and our power," Reagan said.

Contrast that with Trump's border wall hysteria and you can get an idea of how much the Republican party has changed.

The video was shared this week by Qasim Rashid, Democratic state senate candidate in Virginia, and met with both nostalgia and disbelief on Twitter...which sort of embodies some feelings about the old Republican party versus the new.

The video of the 1980 presidential debate has gone viral before, with the same reaction from people on Twitter: that this is the Republican party they remember.

The difference between the GOP party line now and the one from the 1980s couldn't be more different.