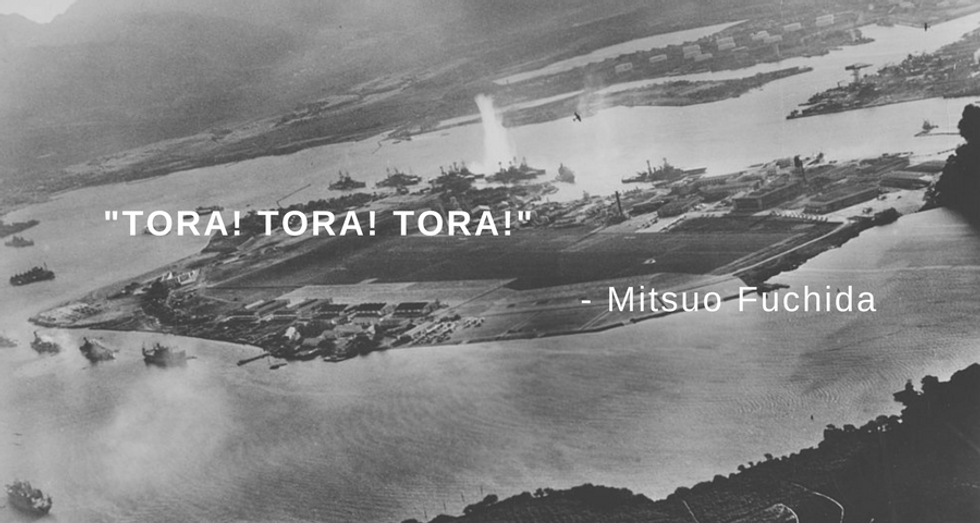 The words of men and women throughout history have encapsulated the raw emotion and reality behind events like the Dec. 7, 1941 attack on Pearl Harbor. From the day Japan flew into Oahu’s airspace and launched its deadly attack, these words still resonate more than three-quarters of a century later.

Iconic and memorable quotes about the Pearl Harbor attack and its aftermath, including the declaration of war and the more than 100,000 Japanese-Americans imprisoned in 1942, have been voiced by great figures throughout time.

The following quotes about Pearl Harbor paint the grim and tragic picture of the 2,403 American lives lost and the outbreak of war and controversy that followed.

The Quotes of Pearl Harbor

On Dec. 8, 1941, President Franklin D. Roosevelt addressed Congress with what came to be known as the iconic "Day of Infamy" speech. Roosevelt's impassioned speech preceded a near-unanimous Congressional vote on the declaration of war against Japan.

General Patton did not mince words. When he spoke, his strength empowered many to continue fighting in the Pacific Theater.

Though these words — first heard in the 1970 film Tora! Tora! Tora! — may not actually have been uttered by Japanese Admiral Isoroku Yamamoto, they did echo his concerns about the attack.

Samuel Graves, Jr., representative of Missouri's 6th congressional district, captured the importance of the Dec. 7, 1941 attack and the impact it had on the United States and the world. After the attack, the U.S. finally abandoned its policy of isolationism which led to it becoming a global superpower.

Pearl Harbor bred a string of controversy such as the internment of Japanese-Americans. With the execution of Executive Order 9066 on Feb. 19, 1942, more than 120,000 Japanese-Americans were evicted from the West Coast and imprisoned.

Actor and activist George Takei was among those held within an internment camp.