How times have changed. 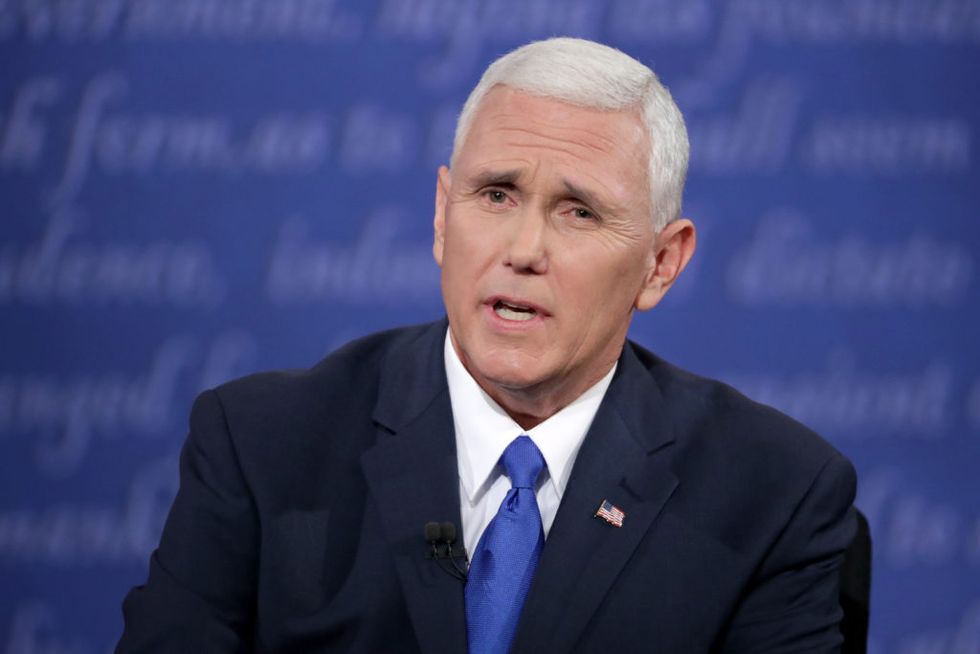 A series of late 1990's columns from Vice President Mike Pence have resurfaced, highlighting just how discordant President Donald Trump's actions are with the so-called morality many in the Republican party claim to champion.

The columns are in reference to then-President Bill Clinton's relationship with former White House intern Monica Lewinsky. The scandal led to Clinton's impeachment in 1998 and thrust the sex life of President Clinton into the public sphere.

Pence, a devout Christian who won't dine alone with any woman but his wife, lambastes Clinton for lying to the public about his sexual relationship with Lewinsky. In decrying Bill Clinton, Pence inadvertently makes a case for impeaching Trump, asserting:

In a day when reckless extramarital sexual activity is manifesting itself in our staggering rates of illegitimacy and divorce, now more than ever, America needs to be able to look to her First Family as role models of all that we have been and can be again.

He went on to say:

If the President does not resign, the Republican Congress must impeach him even if it costs them their majority because the laws of this republic charge them with the duty to so act. Absent an uncharacteristic act of selflessness by the President, it is left to the Republicans to live up to their label and defend the laws and institutions of this Republic.

Twenty years later, Pence would run on the presidential ticket of a man who famously said:

I moved on her like a b*tch. But I couldn’t get there. And she was married. Then all of a sudden I see her, she’s now got the big phony tits and everything. She’s totally changed her look...You know, I’m automatically attracted to beautiful — I just start kissing them. It’s like a magnet. Just kiss. I don’t even wait. And when you’re a star, they let you do it. You can do anything. Grab ’em by the p***y. You can do anything.

President Donald Trump has been embroiled in multiple sexual scandals. Most recently, a recording showed the president discussing the payment of hush money to a Playboy model with whom he had a sexual relationship. His $130,000 hush payment to adult film star Stormy Daniels has been widely publicized. Both affairs are alleged to have occurred shortly after the birth of Trump's youngest son. With the scandals plaguing the Trump administration, many are wondering why Pence hasn't held Donald Trump to an equal standard.

"Throughout our history, we have seen the presidency as the repository of all of our highest hopes and ideals and v… https://t.co/Xq7QaaQ5Oq
— David Priess (@David Priess) 1533641008.0

Trump's election and subsequent presidency has forced GOP lawmakers and voters alike to answer for their support of the president despite actions that would've likely destroyed other presidencies.

Pence's unyielding support of Trump is reflective of many Americans whose support for the president seems contradictory to the values they've constantly claimed to champion.

During the 2016 campaign, Trump bragged about the size of his penis during a televised debate and the infamous Access Hollywood tape leaked, yet he still managed to win nearly 80 percent of the Evangelical vote. the Reverend Franklin Graham, son of the late Reverend Billy Graham, threw his support behind Trump. Former Presidential Candidate and Christian minister Mike Huckabee has also been unwavering in his support for the president.

The support has confounded many.

The simple truth, is that prior to the 2016 Presidential Campaign, nearly all of Trump's current Evangelical suppor… https://t.co/7OlPSqYrWC
— John Pavlovitz (@John Pavlovitz) 1533267136.0

False Christian evangelical Republicans have given Trump a pass over his treachery in the attempt to destroy democr… https://t.co/okx0vJrCD5
— David Lawrence (@David Lawrence) 1533475507.0

If there is a moral low that will evaporate the president's Evangelical support, he hasn't reached it yet. A large number of Democrats, however, find themselves siding with Pence's words in 1999: "Our leaders must either act to restore the luster and dignity of the institution of the Presidency or we can be certain that this is only the beginning of an even more difficult time for our land. For the nation to move on, the President must move out. "