Michael Cohen's Lawyer Just Explained Why Cohen Would Never Accept a Pardon From Donald Trump, and It's Savage AF 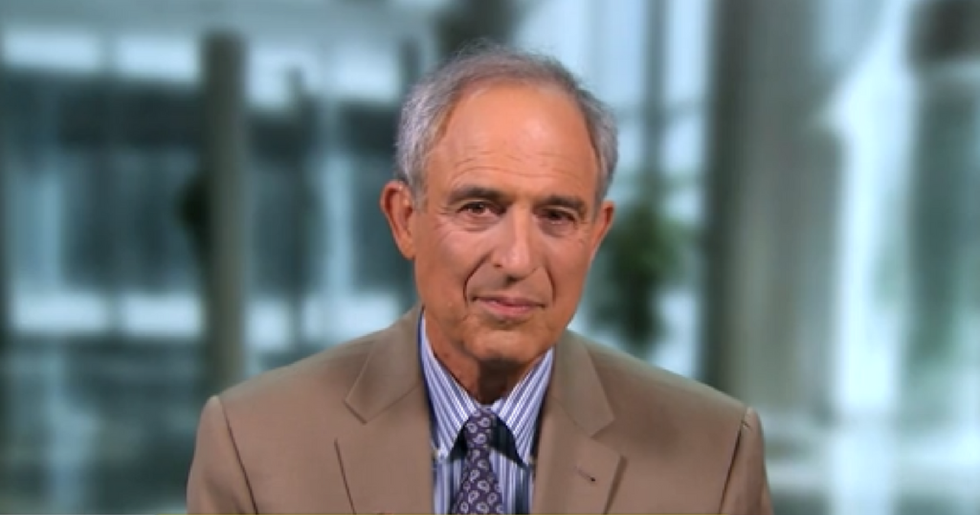 Hours after President Donald Trump's former lawyer and fixer Michael Cohen struck a plea deal with federal prosecutors for his involvement in financial crimes and campaign finance violations on Tuesday, his lawyer, Lanny Davis, told NPR that Cohen would not accept a pardon from Trump.

"I know that Mr. Cohen would never accept a pardon from a man that he considers to be both corrupt and a dangerous person in the oval office," Davis said to NPR's Rachel Martin Wednesday morning.

Cohen "flatly authorized me to say under no circumstances would he accept a pardon from Mr. Trump," Davis added, "who uses the pardon power in a way that no president in American history has ever used a pardon — to relieve people of guilt who committed crimes, who are political cronies of his."

Davis continued his savage rejection of a potential pardon of Cohen, citing past pardons issued by the president for individuals such as Joe Arpaio, a former Arizona sheriff whom Trump pardoned last year after Arpaio was convicted of criminal contempt of court.

"Mr. Cohen is not interested in being dirtied by a pardon from such a man" as Trump, Davis said.

Davis referred to Trump as a "criminal" following Cohen's admission that "a candidate for federal office" had directed him to pay hush money to two women weeks before the 2016 election with the intent of swaying the outcome of the race.

Davis confirmed that Trump is the unindicted co-conspirator referenced in Cohen's plea deal.

Davis said the real issue isn't trying to silence women, but rather, Trump's blatant instruction to "influence the outcome of an election."

"He has not pled guilty to a crime, but his own lawyers have described him directing somebody to do something that is a criminal act — which is to hush up his affairs with two women," Davis said. "And that's not what this is about: It's about his hushing up those affairs in order to influence the outcome of an election."

Davis added that Cohen intends on cooperating with Special Counsel Robert Mueller's ongoing investigation into collusion between the Trump campaign and Russia.

For his part, Trump tweeted on Wednesday morning that Cohen is a lousy lawyer.

But Trump only hires the best people?

@TrumpsareNazis @waltshaub @realDonaldTrump Boy, Trump is truly an excellent judge of character, isn’t he? Half his… https://t.co/KXIA5LU03q
— Morgana (@Morgana) 1534946602.0

Others thanked Davis, a long-time supporter of the Clintons, for his efforts to take Trump down.

"Thanks for your work."