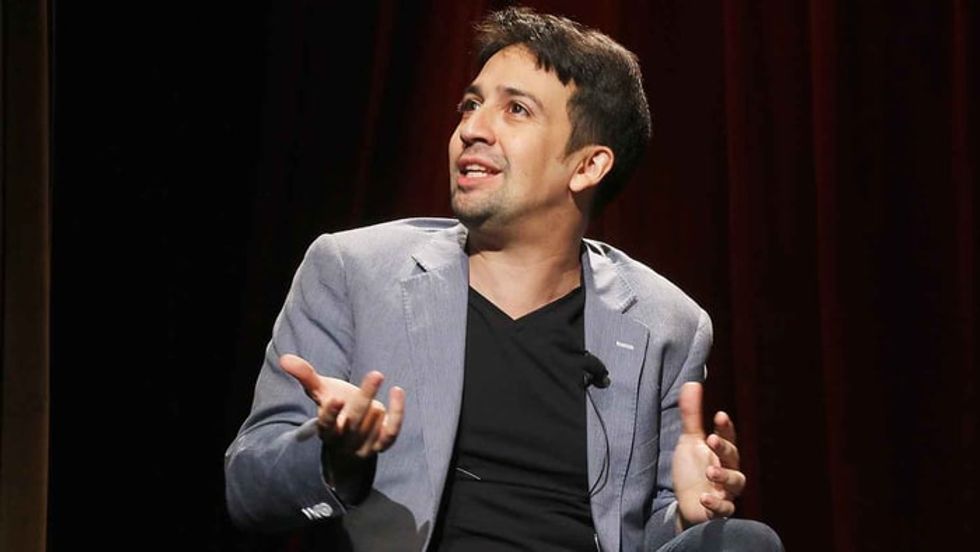 Hamilton creator Lin-Manuel Miranda is a favorite to win an Academy Award for his work on Disney's Moana, but his sit-down with The Daily Beast took a different turn when interviewer Marlow Stern asked him to reflect on the election results. Miranda vowed to "keep fighting" for what he believes in under a Donald Trump presidency.

Miranda also addressed the controversy which erupted after the cast of Hamilton addressed Mike Pence, the vice president-elect, at the end of a performance he attended.

"We are the diverse America who are alarmed and anxious that your new administration will not protect us, our planet, our children, our parents, or defend us and uphold our inalienable rights, sir,” actor Brandon Victor Dixon said on stage at the time. “We hope this show has inspired you to uphold our American values and work on behalf of all of us.”

Many saw the statement as an extension of the production's celebration of diversity and as an indictment against the incoming administration's harsh language about immigrants that the president-elect used throughout an often incendiary campaign. The vice president-elect has also come under fire for his voting record and the legislation he approved while Governor of Indiana, including measures allowing businesses to discriminate against consumers based on their sexual orientation and gender identity. Trump demanded an apology from the cast for "harassing" Pence; the vice president-elect later insisted he was not offended by the message.

Miranda continued to speak about his future projects, but not before discussing his unequivocal support for Planned Parenthood. "People are going to believe what they’re going to believe," he said, noting that his mother is on the board of the Planned Parenthood Action Fund. "That’s an organization that’s really saved lives time and again. The thing it’s controversial for [abortion] is a very small part of the health services it provides, and so, like I said, this is a way to support something that is so important... I’m happy to support it, and that’s just that. Women’s health is a priority, it’s worth protecting, and if I can be of service in that way, then that’s how I’ll be of service. Full stop."