Lindsey Graham Just Issued the Most Absurd Defense of Donald Trump's Obstruction of Justice, and People Are Calling Him Out 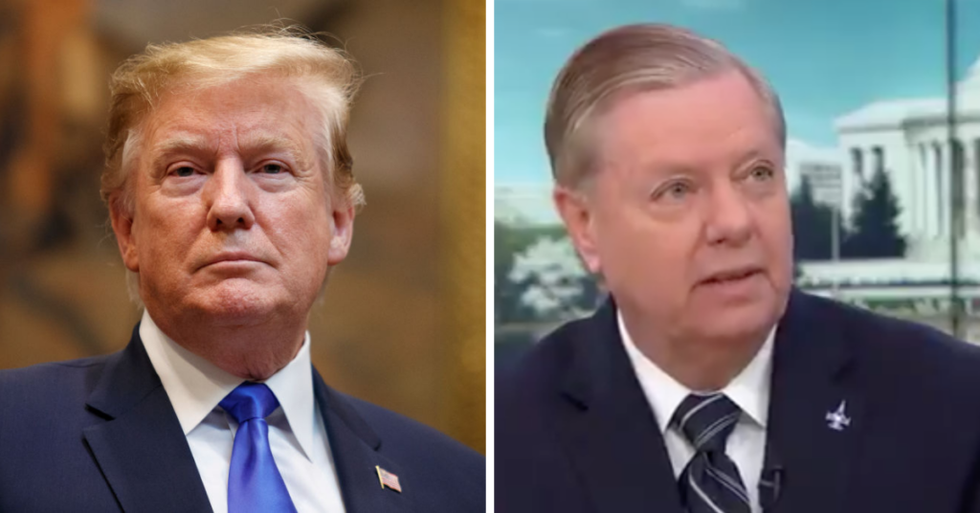 "I don’t care what they talked about. He didn’t do anything. The point is the president did not impede Mueller from doing his investigation," Graham said. "I don’t care what happened between him and Don McGahn. Here’s what I care about: Was Mueller allowed to do his job? And the answer is yes."

Graham's defense was soon savaged by critics who said he was severely downplaying Trump's attempts to obstruct Mueller's probe into Russian interference.

The special counsel in his report examined several attempts Trump made to obstruct the probe, concluding that he failed, in large part because many in his orbit refused to comply with his orders.

According to the report, when Trump heard that he was being investigated for possible obstruction of justice, he took matters into his own hands and reached out to Don McGahn, his former White House counsel. McGahn, the report says, refused to follow the president's order to undermine the special counsel:

“On June 17, 2017, the President called McGahn at home and directed him to call the Acting Attorney General and say that the Special Counsel had conflicts of interest and must be removed. McGahn did not carry out the direction, however, deciding that he would resign rather than trigger what he regarded as a potential Saturday Night Massacre.”

When reports surfaced that Trump intended to terminate the special counsel’s appointment, Trump tried “to tell McGahn to dispute the story and create a record stating he had not been ordered to have the Special Counsel removed.” McGahn did not comply.

Another attempt to get McGahn to deny the reports also backfired and McGahn “perceived the President to be testing his mettle.”

The president has insisted that he never told McGahn to fire Mueller at all, saying the episode was "incorrectly reported by the Fake News Media."

Graham has defended the president since the redacted version of the Mueller report was released and has refused to support calls for Trump's impeachment. He has repeatedly come under fire for comments he made about impeachment in 1999, providing a rather fitting juxtaposition to the inaction he’s been criticized for as the nation contends with Trump’s litany of both personal and political scandals.

Graham made the case for impeachment when President Bill Clinton was in office and when he was a member of the House of Representatives.

“You don’t have to be convicted of a crime to lose your job in this Constitutional Republic,” Graham said in the 1999 clip.

Every reporter must now ask @LindseyGrahamSC if he still believes in the standard he set for removing a president i… https://t.co/0QotGyXHsp
— Lawrence O'Donnell (@Lawrence O'Donnell) 1534908124.0

In 1999, Graham declared that the president could be impeached if “Congress decides “your conduct as a public official is clearly out of bounds.”