Many decried any "moral equivalency" between white supremacists and their opponents. 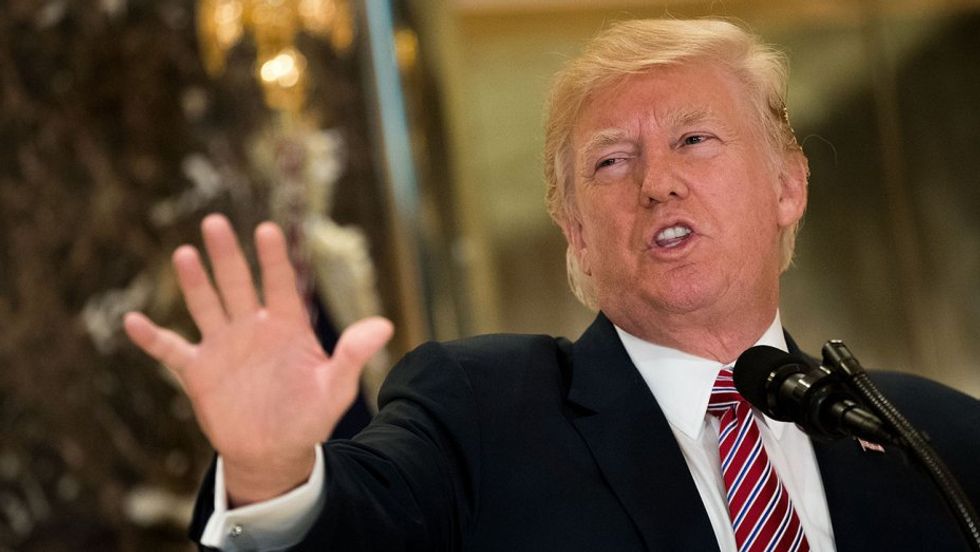 Republican lawmakers slammed President Donald Trump after he spread the blame for the violence which erupted over the weekend at the “Unite the Right” rally in Charlottesville, Virginia.

Reactions came quickly on social media. Although many GOP leaders did not address Trump by name, they spoke out against white supremacy and decried any "moral equivalency" between supremacists and their opponents.

We must be clear. White supremacy is repulsive. This bigotry is counter to all this country stands for. There can be no moral ambiguity.
— Paul Ryan (@Paul Ryan) 1502834506.0

As did Ohio Governor John Kasich...

The response to this ideology of hate & bigotry, & the act of domestic terrorism, should be simple & united condemnation without ambiguity.
— Rob Portman (@Rob Portman) 1502836673.0

In a series of tweets, former Florida Governor Jeb Bush urged Trump "not parse the assignment of blame" for the events in Charlottesville.

No, not the same. One side is racist, bigoted, Nazi. The other opposes racism and bigotry. Morally different universes.
— Mitt Romney (@Mitt Romney) 1502842479.0

Even House Majority Whip Steve Scalise, now in rehabilitation after being shot during a June congressional baseball practice, found time to respond:

I was clear about this bigotry & violence over the weekend and I'll repeat it today: We must defeat white supremacy… https://t.co/HwE7lvWlNC
— Steve Scalise (@Steve Scalise) 1502836325.0

But perhaps no one was as openly disgusted as The Fox News Specialists co-host Kat Timpf, whose immediate comments could not disguise her revulsion.

“It’s crazy for me to have to comment because I’m still in the phase where I’m wondering if it was actually real life what I just watched,” Timpf told her co-host Eboni Williams. “It was one of the biggest messes I’ve ever seen. I can’t believe it happened.”

I’m surprised he didn't say it was a terrorist instead of waiting to say something,” Timpf said, referring to Trump's explanation that "You don't make statements that direct unless you know the facts" when asked why he did not unequivocally condemn white nationalists. “‘This was clearly an Islamic terrorist!’ Because he’s done that before, before he’s had the facts. He is not measured in his criticism. He goes after people as soon as he gets the inkling.”

Trump’s first official statement on the demonstration––which resulted in three deaths and injuries of numerous others––came three days after it first began, a fact not lost on Timpf. He spoke after meeting with newly installed FBI Director Christopher Wray and Attorney General Jeff Sessions, and acknowledged that the Justice Department has opened a civil rights investigation into the death of Heather Heyer, the woman who was killed after she was struck by a Dodge Challenger driven by James Alex Fields, who had traveled to the city from Ohio to protest at the rally with fellow white nationalists.

“For him to take 48 hours, that is something he has never done before," she continued. "And, yeah, it shouldn’t be some kind of bold statement to say, ‘Yes, a gathering full of white supremacist Nazis doesn't have good people in it. Those are all bad people, period.’ And fact that that’s controversial, I don’t know if I should just laugh. I have too much eye makeup on to start crying right now. It's disgusting."

Conservative commentator Charles Krauthammer did not mince words either during a sit-down with Fox's Laura Ingraham.

“To critique what [Trump] did today on the grounds that it distracts from the agenda, or it was a tactical mistake, I believe is a cop out,” Krauthammer said. “What Trump did today was a moral disgrace. What he did is he reverted back to where he was on Saturday and made it very clear that what he read on [Monday] was a hostage tape.”

“The reason it’s a moral disgrace is this: this generation for the last 50 or 60 years understood there was something unique about the history of slavery and racism in this country,” he continued. “That we had to cure this original sin. Because it was followed by 100 years of state-sponsored oppression. What Trump is missing here is the uniqueness of white supremacy, KKK and Nazism. This was instigated, instituted, the ride began over a Nazi riot. A Nazi rally. And the only killing here occurred by one of the pro-Nazi, pro-KKK people.”