Will Killing 45,000 Wild Horses Save the American West? 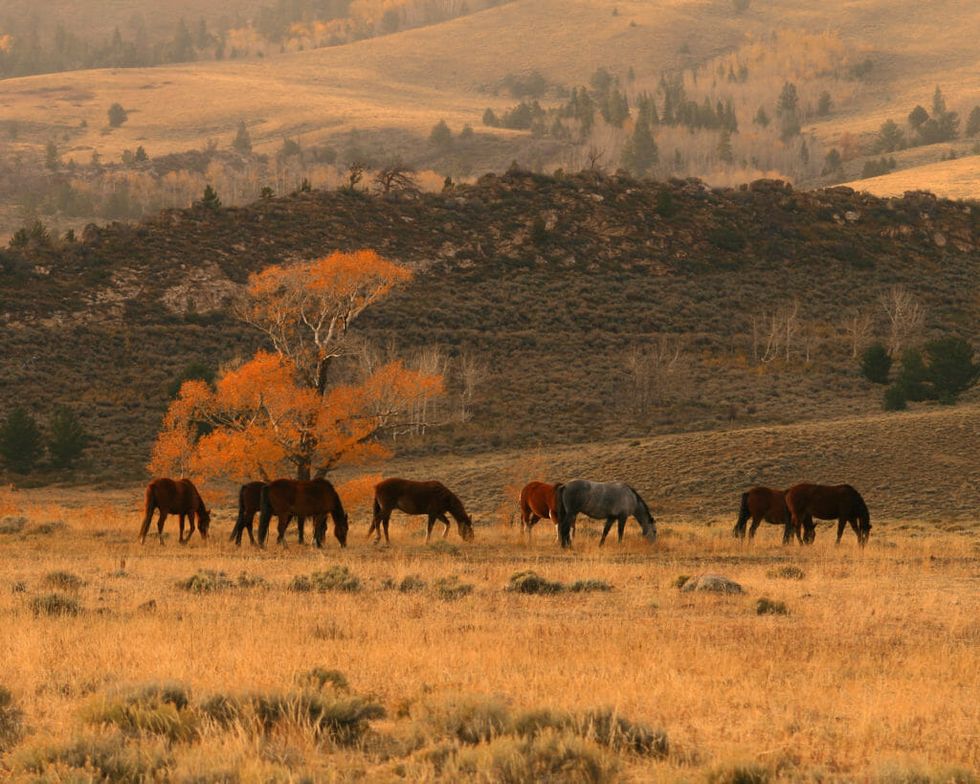 The conservation attempt began with noble intentions: to save wild horses and burros from certain extinction. In the 1960s, cowboys and other business owners hunted these symbols of American freedom and independence across the West for use in cheap pet food. In 1971, Congress passed the Wild and Free-Roaming Horses and Burros Act, making it a crime to kill the animals on public land and placing them under the protection of the Bureau of Land Management. Which makes it all the more strange that BLM’s advisory board is now recommending that 45,000 wild horses and burros be either euthanized or sold.

Since 1971, the population of wild horses has exploded to about 75,000 horses – nearly three times more than the ecosystem can naturally handle, according to the BLM’s Wild Horse and Burro Advisory Board. With so many horses tearing across the range, overgrazing is a real problem, as is water scarcity. The BLM already houses 45,000 wild horses in pens and corrals across the West to keep the ecosystems healthy. Some of the wild horses are adopted every year, but most aren’t, and altogether they cost the BLM around $50 million annually.

The advisory board that voted for the sale and culling of the 45,000 horses in pens comprises nine volunteer members, all of whom are involved in veterinary work, conservation or activism. Seven of the nine members voted in favor of the recommendation, though their recommendation isn’t binding – it would have to be adopted by the BLM and then voted on by Congress before anything could happen to the horses.

“There’s nobody on that board that wants to get rid of the horses,” said Fred Woehl, an Arkansas horse trainer who chairs the advisory board. “With the lack of water, I would say at least 10 or 15 percent of the horses are going to die in the next 12 months. This is not a cattle versus horse issue. This is an animal versus environment or range issue. The range is in bad, bad shape.”

Those sentiments were echoed by Ben Masters, another member of the advisory board who has adopted wild horses and produced a documentary about their plight.

“The volunteers on the Advisory Board aren’t paid and trust me that none of us want the terrible press that such a statement is bringing,” Masters wrote in a blog post. “I’ve received

about 500 hate emails in 24 hours and about 50 emails of support from people that live in the areas impacted by horses.”

But Masters says drastic measures are necessary to protect the horses and the environment for the future, since too large a population will lead to lack of food sources.

“This isn’t an ‘if.’ This is a fact,” Masters said. “It is an emergency situation right now and it will only get worse.

Critics of the measure say the BLM is moving out wild horses and burros to make space for cattle ranchers. Ginger Kathrens, a filmmaker and the only member of the advisory board to vote against the recommendation, says livestock outnumber wild horses 47 to 1. But the BLM argues that they move wild horses solely to protect the land, and that grazing on BLM-managed land by all species – cattle or wild horses – has declined by 33 percent since 1971.

The other alternative is to administer a contraceptive called PZP to the wild horses and burros. While this idea hasn’t been rejected, it might also be an example of too little, too late. The wild horse and burro population has already grown too large to be sustainable.

For now, the BLM won’t change how it manages the wild horse populations, nor will they be killing the herd. But it should be noted that lethal management of wild populations is nothing new for the government. In 2014, nearly 3 million wild animals were killed for a variety of reasons. Most were the invasive European starling, but local governments also authorized the culling of white-tailed deer, rats, cats, coyotes and anything else that poses some sort of hazard to humans, the environment, or industry.

The question now is what to protect: the horses or the habitat?