Donald Trump Could Be Forced To Disclose His Tax Returns 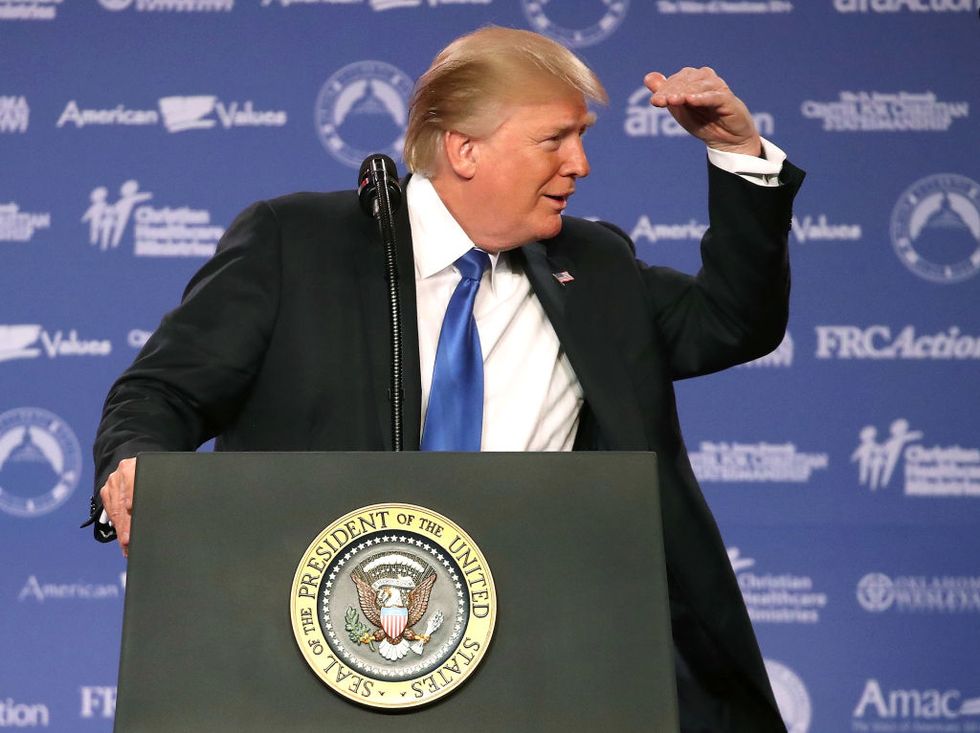 The infamously undisclosed tax returns of Donald Trump may finally see the light of day if four plaintiffs suing the president successfully convince a judge that said president possibly violated anti-corruption provisions in the Constitution.

NPR reports that if the U.S. District Court for the Southern District of New York in Manhattan finds they have legal standing to pursue their suit, they can then request the release of internal financial documents, including Trump’s tax returns.

We will be looking for detailed financial records, foreign and domestic transactions, in the president's businesses. [...] If the tax returns turn out to be relevant we may seek them.

Trump is the first president in 40 years to withhold his tax returns voluntarily. He has also refused to comply with federal conflict-of-interest law that would require him to divest himself completely from his Trump business empire.

The plaintiffs - three from the hotel and restaurant industry and one watchdog group - allege Trump is in violation of the Foreign and Domestic Emoluments clauses in the Constitution, which prevent any federal officer, including the president, from being financially swayed in their actions while in service of the United States.

The two clauses prohibit Trump from receiving, aside from his salary as president, any and all emoluments, which includes compensation, gifts, or other forms of profit or gain. These clauses were meant to prevent any conflict of interest, which Trump is often criticized for being neck-deep in. The plaintiffs’ case argues that Trump’s Washington hotel is an “an emoluments magnet.”

In response, Justice Department lawyer Brett Shumate said the plaintiffs have not shown that they have been injured by Trump hotels and restaurants, negating the possibility of legal standing to move forward with their case. He also put forth that the Foreign Emoluments clause does not even apply to presidents.