Perhaps they should listen to the experts. 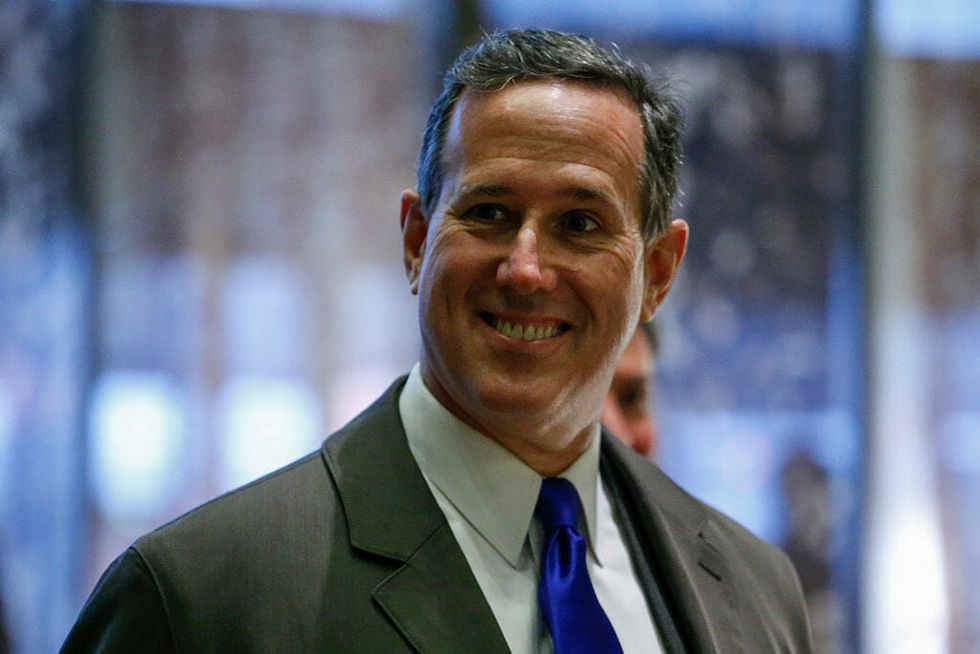 Doctors and surgeons slammed former Republican Rick Santorum after he suggested over the weekend that students protesting for gun control legislation would be better served by taking CPR classes and "trying to deal with" active shooter scenarios.

"How about kids instead of looking to someone else to solve their problem, do something about maybe taking CPR classes or trying to deal with situations that when there is a violent shooter that you can actually respond to that," Santorum said on CNN's "State of the Union."

They took action to ask someone to pass a law. They didn't take action to say, 'How do I, as an individual, deal with this problem? How am I going to do something about stopping bullying within my own community? What am I going to do to actually help respond to a shooter?'... Those are the kind of things where you can take it internally, and say, 'Here's how I'm going to deal with this. Here's how I'm going to help the situation,' instead of going and protesting and saying, 'Oh, someone else needs to pass a law to protect me.'

Santorum's comments came a day after millions of protesters both in the United States and abroad assembled at March for Our Lives events to demand gun control in the wake of the deadly Valentine's Day shooting at Marjory Stoneman Douglas High School in Parkland, Florida. And they didn't go over well with medical professionals.

Dr. Heather Sher, a Florida-based radiologist who examined at least one of the Parkland victims, called Santorum "gobsmackingly uninformed."

“CPR is not effective with catastrophic bleeding,” she said on Twitter. “Speechless! Learn CPR! Everyone should for cardiopulmonary arrest. But for gunshot wounds, a) attend stop the bleeding course by trauma surgeons or b) pass #gunreform (helpful hint: option b is the better option.”

Dr. Joseph Sakran, a trauma surgeon at John Hopkins Medical Center said "it is critical to clear up the false perception" set by Santorum. CPR, he said, is "not effective" on people who are bleeding to death.

As a Trauma Surgeon & survivor of gun violence, it is critical to clear up the false perception set by… https://t.co/srGJy0lFMZ
— Joseph Sakran (@Joseph Sakran) 1522002770.0

Here are some stats made simple for Rick Santorum: Survival rate of pulseless trauma victims who get CPR at the sce… https://t.co/N2M8OygYjs
— Rebecca Bell, MD (@Rebecca Bell, MD) 1522001320.0

Dr. Joy Buyske, a surgeon, criticized Santorum, saying that "CPR doesn't work if all the blood is on the ground."

And Jordan B., a doctor at Temple Medical School, also criticized Santorum's understanding of CPR. "When someone has been shot in the chest and you start compressions," this doctor wrote, "the blood may spray out the bullet wounds back at you."

When someone has been shot in the chest and you start compressions, the blood may spray out the bullet wounds back… https://t.co/H2XrrTZ4Tj
— Jordan Becker (@Jordan Becker) 1522006807.0

Joining medical professionals in their rebuke of Santorum's statements were politicians and activists.

In a statement, Everytown for Gun Safety program manager Erica Lafferty, whose mother was shot and killed in the Sandy Hook Elementary School shooting referred to Santorum's words as "an insult" to the memory of those killed by gun violence:

Rick Santorum's words are an insult to the kids of Parkland, my family and to the countless others who have had loved ones taken by gun violence. My mother was killed while protecting her students at Sandy Hook School. For anyone to suggest that the solution to gun violence is for kids to learn CPR is outrageous, and indicative of the NRA's desire to do or say anything except strengthen America's weak gun laws.

Activist David Hogg, a student survivor of the Parkland shooting cautioned Santorum, saying he "might need to learn CPR for the NRA following midterms."

"There is no shortage of misguided statements in today's America," wrote journalist Dan Rather, but Rick Santorum's statements are in a category all their own.

There is no shortage of misguided statements in today’s America. But Rick Santorum suggesting that kids learn CPR… https://t.co/p9af9Ex28h
— Dan Rather (@Dan Rather) 1522029671.0

Santorum has not retracted his statements or commented on the criticism.

March for Our LivesRick Santorum