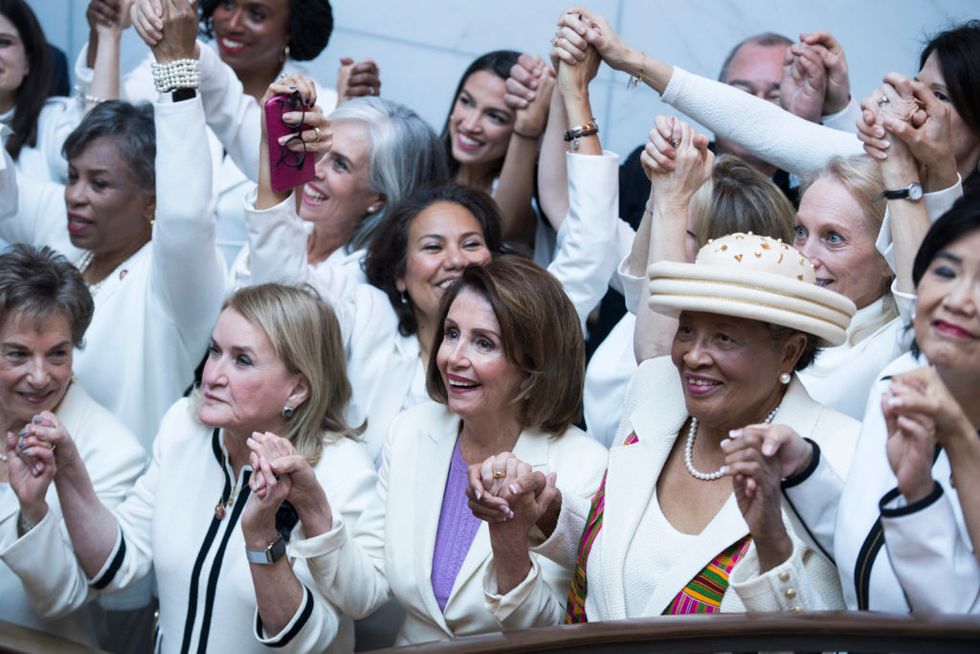 When President Donald Trump delivers his State of the Union Address Tuesday night, he will be met with a large contingent of women members of Congress wearing white in tribute to the suffragettes and to honor the voters who sent them to retake Congress in November.

"We'll honor all those who came before us & send a message of solidarity that we're not going back on our hard-earned rights!" tweeted Frankel.

The participating Congresswomen have been sharing pictures of themselves in their suffragette white all day on social media.

Today, we wear suffragette white to send a strong message that we are fighting #ForThePeople and advancing women’s… https://t.co/SqnLlCosXf
— Jan Schakowsky (@Jan Schakowsky) 1549400207.0

The women of the #116th were asked to wear white tonight in tribute to the #suffragetes Tonight, I honor women like… https://t.co/xUaml4BObx
— Ayanna Pressley (@Ayanna Pressley) 1549409133.0

Even once they were inside the chamber:

Including, of course, Speaker Pelosi:

And people were feeling the love.

People we so here for it.

My ladies wearing white today, #suffragettewhite, sharing a look, smile, head nod with you was truly uplifting. Proud of my right to #vote.
— ＫＡＴＲＩＮＡ•ＬＡＷ (@ＫＡＴＲＩＮＡ•ＬＡＷ) 1478652288.0

Although some felt that a different costume would have been more appropriate.

And some said it wasn't enough.

Trump may be displaying the names of his donors during the speech, but we're looking forward to a display of women in white, and the message it sends, at tonight's State of the Union address.