On a typical day, doesn't find his way to the Oval Office until 11:00 or later, which is when he receives his daily intelligence briefing. 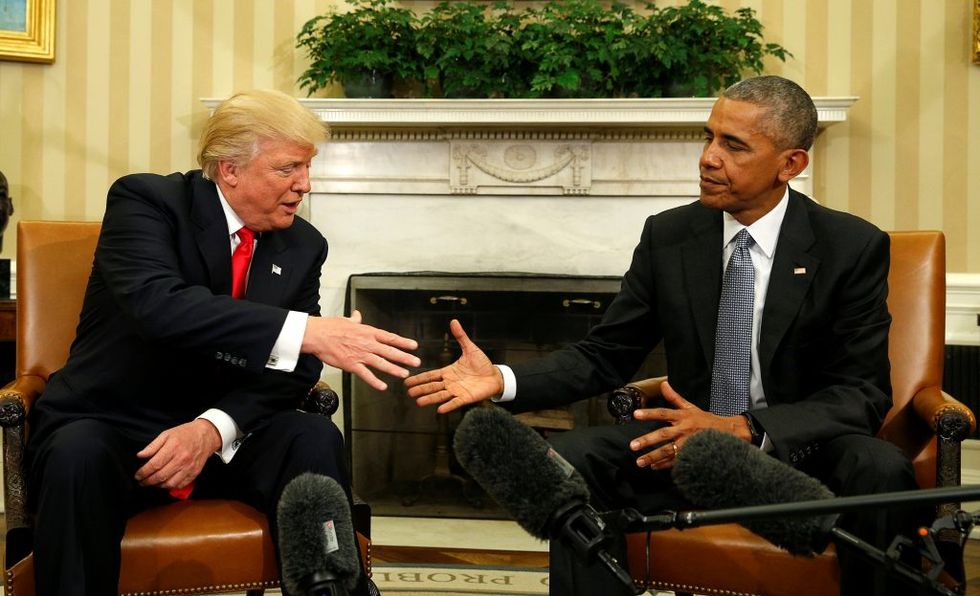 President Donald Trump's shrinking daily schedule just leaked. While the official presidential schedule designates the start of each day with "Executive Time" from 8-11 am, Axios is reporting that the 71-year-old president instead spends his mornings watching TV and tweeting from the White House residence.

On a typical day, Trump doesn't find his way to the Oval Office until 11:00 or later, which is when he receives his daily intelligence briefing. Trump then stays at work until 6:00 before retiring back to the residence, where he watches more TV, tweets, makes phone calls, and who-knows-what else. It's his executive style leftover from his days running the Trump Organization.

The White House isn't fond of reports that Trump watches as much as 8 hours of TV a day, as Maggie Haberman expressed on Twitter: "When we approached WH people estimating he spent as little as four and sometimes twice that many hours in front of a TV for our Dec piece, Trump erupted and blasted “fake reporters” while on Asia trip"

When we approached WH people estimating he spent as little as four and sometimes twice that many hours in front of… https://t.co/UVghBZeLyd
— Maggie Haberman (@Maggie Haberman) 1515369651.0

Who wouldn't love a five-hour-long workday?

White House Press Secretary Sarah Huckabee Sanders issued a statement in response to the Axios piece, which was totally not written by Trump himself:

"The time in the morning is a mix of residence time and Oval Office time but he always has calls with staff, Hill members, cabinet members and foreign leaders during this time. The President is one of the hardest workers I've ever seen and puts in long hours and long days nearly every day of the week all year long. It has been noted by reporters many times that they wish he would slow down because they sometimes have trouble keeping up with him."

The president's routine as obtained by Axios appears to have shrunk from his early days as president.

In his first weeks and months in office, for example, Trump held breakfast meetings and would stay at work well into the evening.

Trump's schedule was adjusted, according to Axios, because "he didn't like the longer official schedule and pushed for later starts." It seems, despite Trump's inaugural promise that he would work hard and never have time to golf (which he's spent a third of his presidency doing), that the rigors of being commander-in-chief are only tolerable part-time.

President Obama maintained a consistently rigorous daily routine; he woke up at 5 AM, worked out, and then showed up to work between 9:00 and 10:00. His predecessor, George W. Bush, started his workday before 7:00.