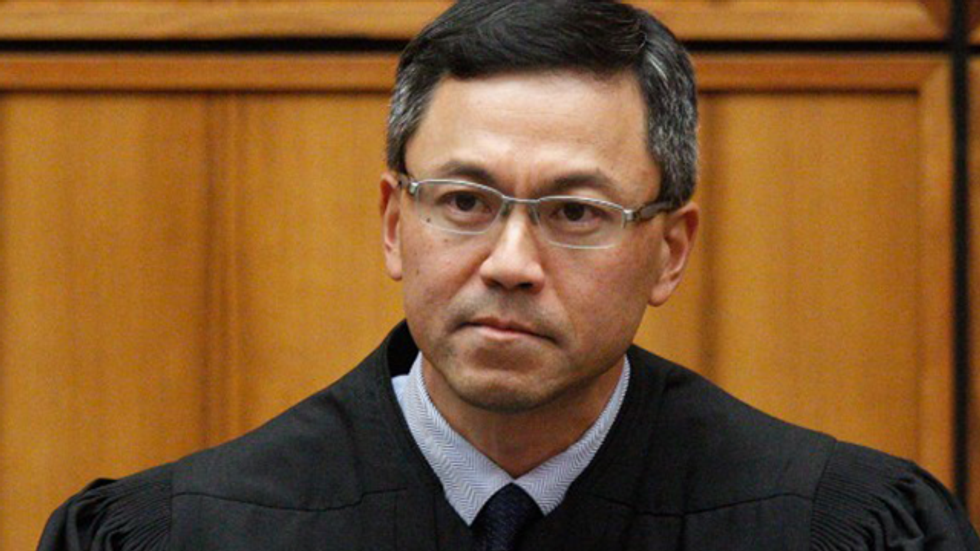 President Donald Trump’s administration suffered another legal blow yesterday after a federal judge in Hawaii ordered a nationwide loosening of his temporary travel ban. The judge, Derrick K. Watson of Federal District Court in Honolulu, ruled that the ban on travelers from six predominantly Muslim countries and on refugees should not prevent grandparents and other close relatives of residents from entering the United States. Judge Watson also ruled that the ban should not apply to refugees already being processed by resettlement agencies.

Watson's decision comes on the heels of a Supreme Court ruling last month which allowed a scaled-back version of the travel ban to proceed until it hears arguments in the fall. Although the Supreme Court ruled that applicants who showed a "bona fide" relationship with a “person or entity” in the United States would be exempt from the 90-day ban on travelers from Iran, Libya, Somalia, Sudan, Syria and Yemen (and the 120-day ban on refugees from around the world), it did not specify which individuals or entities would qualify as close relations. The State Department said "close relations" would include spouses, parents, parents-in-law, children, sons- and daughters-in-law, fiancés and siblings of those already in the United States. Grandparents, grandchildren, uncles, aunts, nephews, nieces, cousins, brothers- and sisters-in-law did not qualify under the State Department's definition.

On the subject of refugees, he had this to say:

An assurance from a United States refugee resettlement agency, in fact, meets each of the Supreme Court’s touchstones. It is formal, it is a documented contract, it is binding, it triggers responsibilities and obligations, including compensation, it is issued specific to an individual refugee only when that refugee has been approved for entry by the Department of Homeland Security.

The Trump administration has not yet said whether it will appeal Watson's decision, and the Department of Justice has so far declined to comment. Speaking to reporters, White House Homeland security adviser Tom Bossert said that the ruling appeared to be "fairly broad and something that would trouble me if it was as broad as reported." He said the administration would consult its legal counsel and "decide whether this is another productive or unproductive step in this saga as we try to secure our country."

The federal court today makes clear that the U.S. Government may not ignore the scope of the partial travel ban as it sees fit. Family members have been separated and real people have suffered enough. Courts have found that this Executive Order has no basis in stopping terrorism and is just a pretext for illegal and unconstitutional discrimination. We will continue preparing for arguments before the U.S. Supreme Court in October.