Alexandria Ocasio-Cortez Just Explained How 'Embarrassing' the Republicans' Witnesses in House Hearings Are, and She Did Not Hold Back 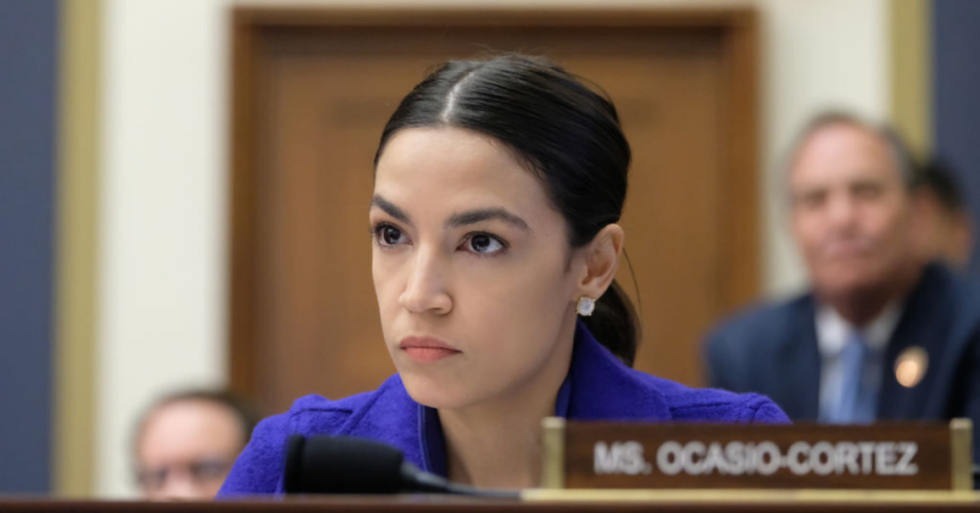 Representative Alexandria Ocasio-Cortez (D-NY) criticized Republicans for “the sheer mediocrity of witnesses” they called forth during House committee hearings. Ocasio-Cortez said the GOP "brought in a guy... backed by oil lobbyists arguing that fossil fuels are 'healthy.'"

The freshman Congresswoman added that she expected the GOP's witnesses "would be well-prepated" and that they'd testify before the committee with "sophisticated arguments for the opposing view." The reality, she said, is that the majority of these arguments are "sloppy" and "reaching."

"I think if everyday GOP voters saw the witnesses called on their behalf, they’d be upset," she said.

@AOC The scariest conspiracy theory of all: that the men who hold power in our country are not incompetent at all,… https://t.co/h2EpBcMNgf
— Tom Casey (@Tom Casey) 1556867734.0

Ocasio-Cortez's comments came after Labor Secretary Alexander Acosta's appearance at a House Education and Labor Committee hearing on Wednesday. Acosta had been criticized for displaying little understanding of the link between women's contraception and health. Representative Lauren Underwood (D-IL), a nurse, was particularly critical.

Ocasio-Cortez has sparred with several lobbyists this week while expressing her disdain over the often enormous power lobbying efforts have on government policy.

Earlier this week, after NRA lobbyist Chris Cox warned that Democrats are “in for a rude awakening in November of next year when the real America goes to the polls” if they support Ocasio-Cortez's "socialist wave."

“Wild that the NRA is suggesting the voters of NY-14 aren’t ‘real Americans’ because they don’t think assault weapons in school classrooms is a good idea," she wrote.

Shortly afterward, following criticism from Republicans who accused her of seeking to advance her progressive agenda in her support for the Department of Veterans Affairs, which came amid efforts by large corporations to privatize the service.

Ocasio-Cortez said the GOP "participates in a lobbyist-friendly campaign to trash the VA" in the interest of deals with for-profit health care corporations.