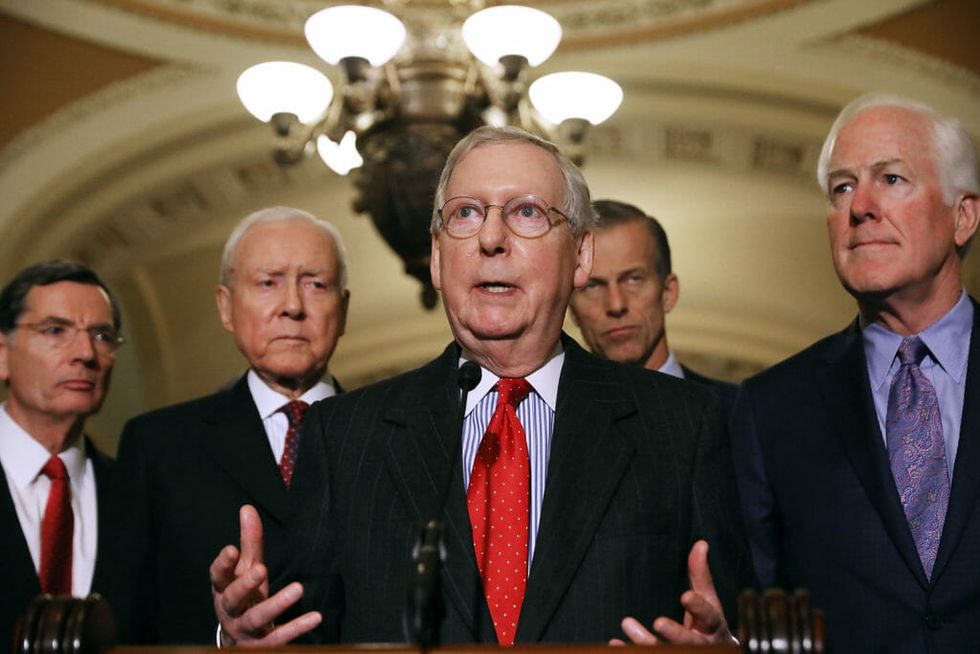 In a blog post on Wednesday, the AARP warned senior citizens of the consequences they would face if the new GOP tax plan were to become law.

Add the 5.6 million older Americans who would see no tax change in 2027, and the total number of taxpayers 65+ not receiving a tax cut rises to 10.8 million. As for taxpayers 65+ with incomes below $65,150, by 2027, 36 percent would either see no change in their income taxes or experience a tax increase compared to under current law.

On Twitter, they are urging their members to call the Senate to defeat the bill:

In another post to their website on Tuesday, AARP is also warning of steep cuts to Medicare that would be triggered by the bill's passage:

If you read through the umpteen pages of the Senate tax bill, you won’t find a clause that says it dramatically cuts Medicare spending. But the effect of the legislation being debated this week would be to slash up to $25 billion from the health program in 2018 and possibly more in the future.

Senate Democrats and others raised the alarm bells as well.

I will be listening eagerly for any Republican to tell me they will not come back from increasing the deficit $1.4… https://t.co/zaZ8r8bvIP
— Bernie Sanders (@Bernie Sanders) 1512054090.0