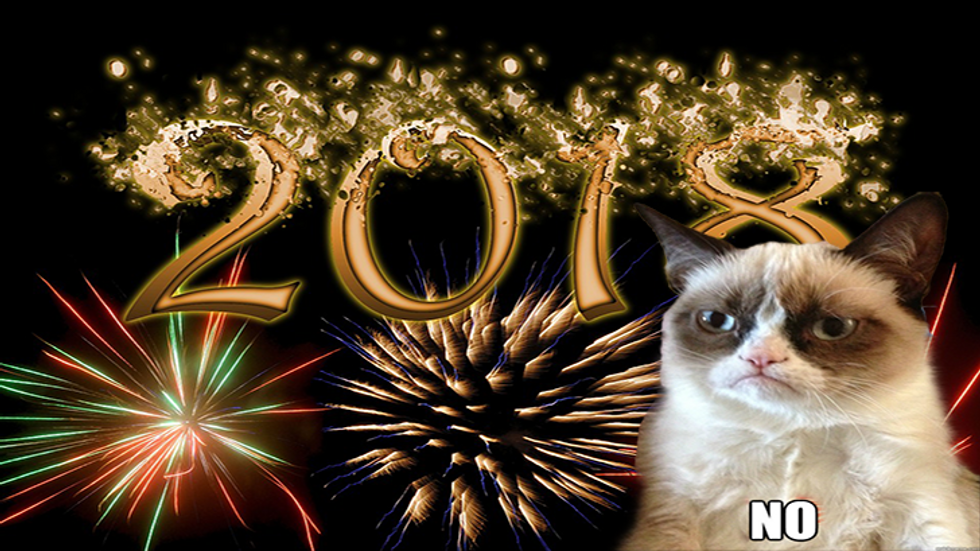 How do you plan on spending your time leading up to the countdown to midnight? Will you be out partying, enjoying the high life with friends and family? Or are you celebrating at home, just you and the soft glow of your computer screen?

If you’re not living it up on the town, why not take a moment out of your lazy evening to scroll through these 20 hilarious New Year memes? They were dug up for your entertainment so that, when the clock strikes midnight and 2018 begins, you can enter the year with a smile on your face.

What better way to kick off the New Year than with a little Leo?

Of course, no matter how you start your New Year's Eve celebrations, everybody knows exactly how the night's going to end.

And this meme represents the first regret of 2018.

Then again, planning to drink through the night is probably better than spending every hour until midnight try to muster up a plan.

Gamers know how to do New Year's right.

The perils of being a parent are never more evident then they are on social holidays. Another year of Twilight Zone repeats while the little ones snooze on your lap it is!

But then again, who wants to wake up in 2018 flat broke with nothing to show for the evening's festivities but a foggy memory.

Sadly, not everyone gets to decide what they do on New Year's Eve. Someone has to man the bar!

Are you the type to fall asleep before the countdown even starts? Maybe you've woken up in this situation, unaware that you've crossed the threshold into 2018.

Or you're just too cool for the New Year.

Beyond the New Year, there's the resolutions we've made that we have to focus on.

Part of the fun of the New Year is seeing who resolved to do what. "New Year, New Me" will run rampant on social media, but Morpheus does have a point.

Do you get an "A" for effort when it comes to resolutions?

This may be the more realistic attitude to step into the New Year with.

We, too, have resolved to be fit women but wound up as lumpy, chubby men.

Nothing makes the New Year easier than getting a head start on your resolution.

Or by really setting your bar low.

When the meme is funnier than the joke it's making fun of.

For all you grumpy grumps, there's a bright side to the New Year.

Finally, something to really ponder while you figure out what you're doing in 2018.