Should I Start Joe Mixon in Fantasy Football in Week 11 2017? 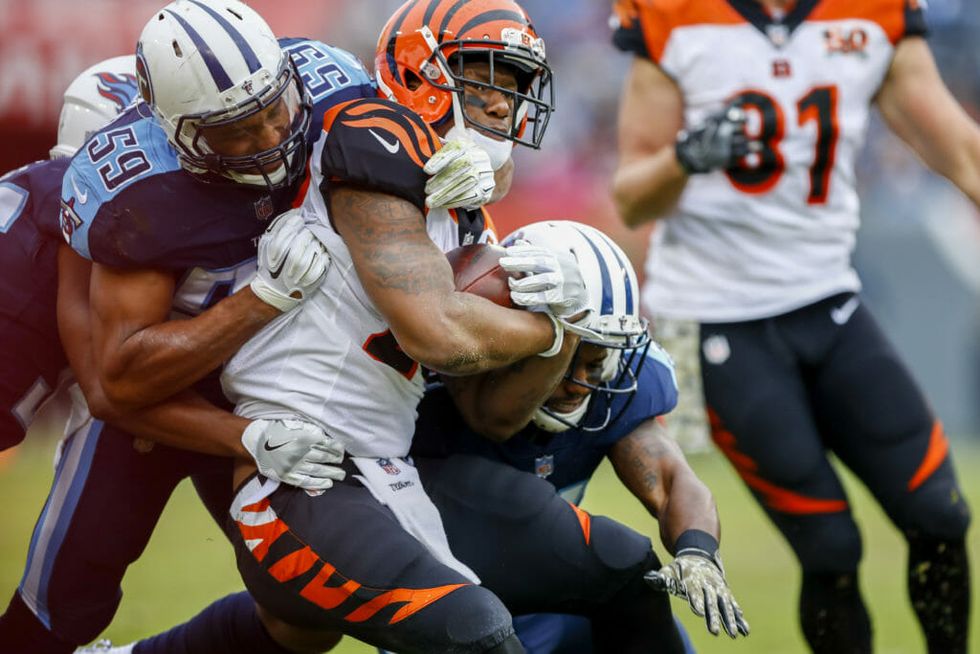 Should I Start Joe Mixon? - Let's address the elephant in the room first: Joe Mixon hasn't lived up to his draft hype. The rookie running back was taken in the fifth or six round in most fantasy football leagues. Unfortunately, he hasn't rushed for more than 70 yards in a single game and has just three touchdowns on the season. His involvement in the passing game has helped keep him afloat as a fantasy option, but he hasn't had that "breakout game".

Simply put, Mixon has been frustrating for his fantasy owners. At this point, it's fair to wonder whether he's even a clear start going into Week 11 of the 2017 season. He hasn't topped 15 carries since Week 4 against Cleveland. He's put up crummy yardage totals in each of the past few weeks. His fantasy output totals the past two weeks were only saved by a touchdown in each game. The news gets even worse for Mixon's owners; in Week 11, he'll face a tough Broncos defense today that's allowed just 3.4 yards per carry to opposing running backs. In fact, Denver has only allowed 81 total rushing yards per game.

So with no real track record and a tough matchup looming for the Bengals rookie, it's fair to wonder if he deserves a spot in your lineup. The simple answer is yes, he does. But he's not a clear must-start. It's probably best to consider Mixon a low-upside flex play; you should seriously consider any other options you might have this week. ESPN projects Mixon for 10.5 fantasy points; I'd take the under on that.

As with any start/sit decision, Mixon's viability depends on the look of your roster. If you've got a top 30 play at wide receiver, for example, he might be a better choice than Mixon. But maybe your only real alternative is a running back who isn't guaranteed much of a workload; in that case I'd recommend starting Mixon on the basis that he'll probably receive at least 10-15 total touches.